Egypt (Finally) in the World Cup!

The Egyptian National Football Team advances to the 2018 Russia World Cup, appearing in the competition's final stage for the first time in 28 years. 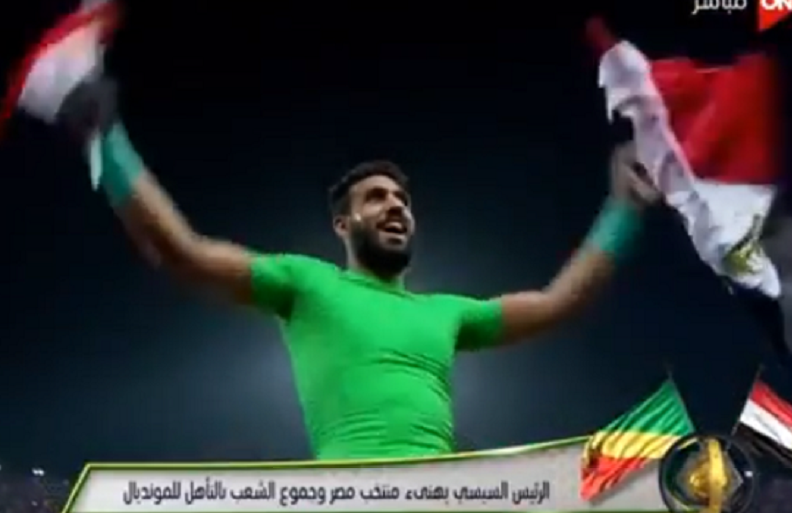 With five minutes of extra time, Egypt was given a penalty kick, and Salah blasted the winning goal in the final minute of the game. This is the first time the team qualifies for the world competition in 28 years.

Had the Pharaohs lost their match against Congo-Brazzaville, they would have still had a chance to win a spot in Russia in their match against Ghana, which will be played on their grounds next month. Now, they advance to Russia next year regardless of that outcome.

This marks the first time Egypt has made it to the cup since 1990's competition, and only the third time in the football team’s history, their first appearance on the world football stage being in 1934.

During the World Cup qualifying round in 2013, Ghana knocked Egypt out of their group, earning a spot in the 2014 World Cup. Ghana beat Egypt a humiliating 6-1 at Baba Yara Stadium in Kumasi and Egypt when on to win 2-1 at Cairo Stadium, leaving Ghana ahead 7-3 on aggregate and qualifying to the final stage.

In 2009, the Pharaohs came painstakingly close to reaching the final stage of the 2010 World Cup, sparking the tensest rivalry in modern Egyptian football with the Algerian national team. The two teams were tied on goals aggregate and Egypt lost 1-0 in a play-off match along with its spot in the world competition.

In the 1990 competition, the team failed to make it past the first round, losing to England, which won the group, and drawing against Ireland and the Netherlands, which we scored our sole goal in the competition against in a penalty, ending the game 1-1.

Speculation is already buzzing on how Egypt will fare this time around, and whether the team will be able to push past at least the first round, to break its own record. The draw for the final stage groups of qualified teams will take place in Moscow on December 1, though the specific venue has yet to be announced by FIFA.

Other teams that have already qualified for the competition are the hosts, Russia, as well as Brazil, Iran, Japan, Mexico, Belgium, South Korea, Saudi Arabia, Germany, England, Spain, Nigeria and Costa Rica.

A little over two months later, Egypt beat Algeria 4-0, going on to win their third successive African Cup of Nations title, and their seventh overall, both feats being African records.

The 2018 FIFA World Cup will kick off on June 14 at the Luzhniki Stadium in Moscow, Russia.