The artifacts include a rare sarcophagus, mummies and coffins, among many other items. 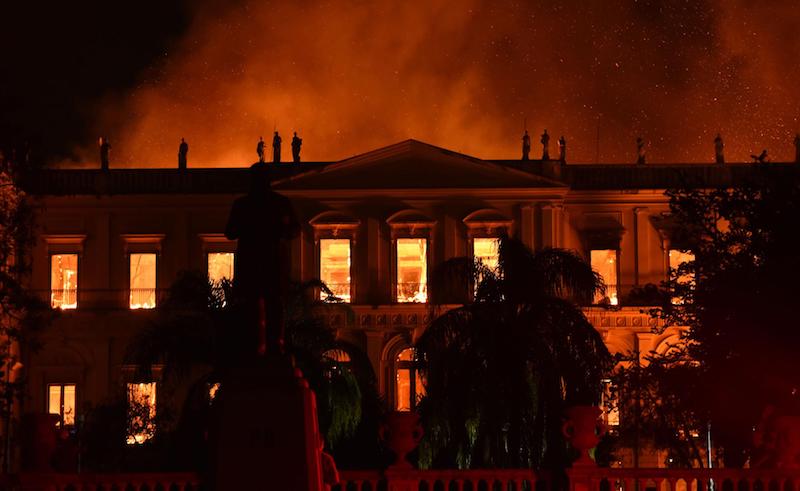 The status of 700 Egyptian artifacts displayed in the National Museum of Brazil remains to be unclear, following the destruction of the museum on Monday in Rio De Janeiro, reports Egypt Today.

Egypt’s foreign Ministry stated that they’re in contact with the Egyptian Embassy in Brazil, and are following up on the state of the artifacts that were on display in the National Museum of Brazil, which has been mostly engulfed in flames.

The ministry of Antiquities declared its support for Brazil and emphasized its willingness to aid them with the renovation of any damaged monuments by providing them with the necessary expertise, should they need it. The artifacts included mummies, coffins and sculptures which had been sent to the museum in batches, with the first one leaving Egypt in 1826. The first batch of artifacts was auctioned off and bought by Portuguese Emperor Pedro I, who then donated them to the museum.

Another priceless artifact that was showcased in the museum, is a rare sarcophagus which was given as a gift to Emperor Pedro II by the Khedive Ismail in 1876.

Three Amun priest coffins, several mummies and coffins for cats, fish and crocodiles were also part of the museum’s collection.

Secretary-General of the Supreme Council of Antiquities Mosafa Waziri describes the fire as a big loss to mankind.

The 200-year-old Museum was consumed by a fire that got worse throughout the night. No injuries were reported. However, the museum, which showcased around 20 million artifacts, lost 200 years worth of work, research and knowledge, according to Brazillian President, Michel Temer.