Aya Mostafa's coming out about the reasons behind taking off her hijab was not taken very well by most people... 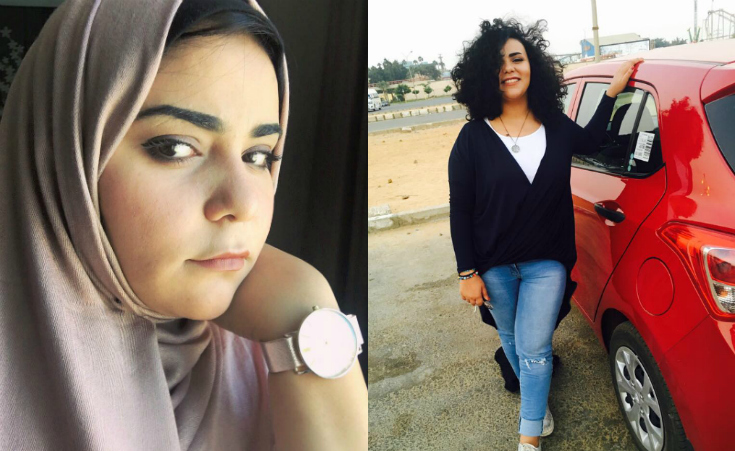 Online social media personality and comedienne Aya Mostafa, who has over five million Facebook followers, published a post on social media explaining the reasons behind unveiling herself.

Mostafa stated through her official Facebook page that she had been wearing the hijab since she was in primary school up until high school, and she believes that, in the beginning, it was internalised by her as 'normal' because it was just part of the way you'd look in the society and community she grew up in. However, when she really started asking herself if she was wearing it for herself, God, or people, she realised she was doing it out of pure conforming to society – "The concept of God wasn't there," she stated.

Mostafa started wearing it in different ways, like the fashionable turban-style hijab that has been more prevalent lately in Egypt and around the world for hijabis. But, that did not go well because she was once again attacked for wearing hijab "the wrong way," though she asserts is something a lot of girls do in terms of their choice in clothing that is only coupled with a scarf over the head.

Her decision to take off the hijab came to her when she refused contradicting herself. She states that once she takes it off, which is what she is comfortable doing now, perhaps she will become convinced of the concept of the hijab on a personal level, and if that happens, it'll be the right decision because it'll come from within.

With almost 10,000 comments and over 1000 shares, a lot of people were wondering why she would even write to justify her stance; they believe the hijab is mandatory and if one takes it off, it should be kept to oneself, not flaunted.

Some genuinely believe that her post will motivate girls with 'weak faith' who are trying to hold on to their hijab, or take a step towards wearing it, to retreat to find the 'peace of mind' that Mostafa claims she found in her decision – which is seen as a sin in itself. One particular post that stood out was a woman telling her we'd rather be half wrong than fully wrong.

And finally, some people were commenting on her weight loss... Being a reason for unveiling! Because, apparently, it gave her more options in shopping?