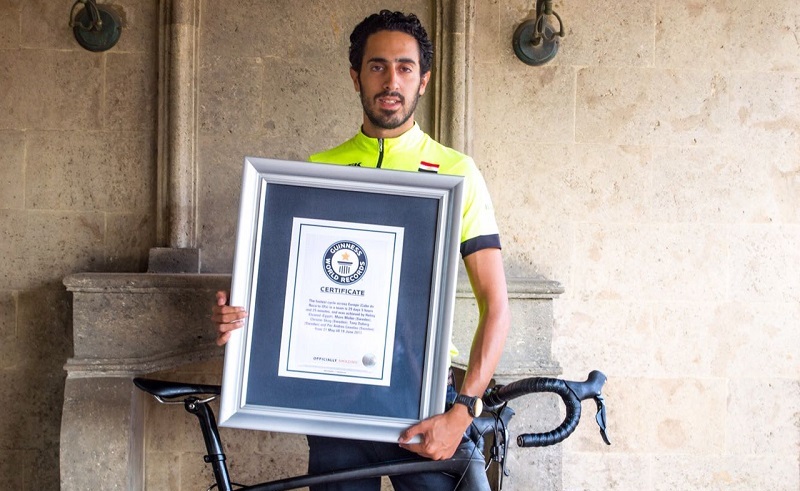 Towards the end of May, Egyptian cyclist Helmy El-Saeed embarked on a Europe-crossing journey by bike in a bid to break the Guinness world record for the fastest crossing of the European continent. The 6,000 KM feat took El-Saeed and his team less than 29 days to cross the continent, ending with him snatching the Guinness World Record earlier this week after breaking the previous record by 12 hours, which was held by Norwegian cyclist James Bowtell. El-Saeed started the trip in the hopes of raising awareness for autism.

"It was one of the most challenging things I have ever done, both physically speaking and mentally speaking. Knowing that I'm cycling to help out children with autism kept my motivations high throughout the trip," says El-Saeed, adding that putting Egypt's name on the map with yet another world record also kept him going for as long as he did.

For his next step, El-Saeed plans to cross Egypt on foot from the northern-most point to the southern-most point. The trip, for which details are to be revealed soon, is going to be a mixture of running and walking and is entirely dedicated to charity, according to El-Saeed.