Egyptian diver Saddam Al-Kilany has emerged from the bottom of the Red Sea, having made history by breaking the Guinness World Record for the world's longest dive after spending 145 hours underwater in Dahab. 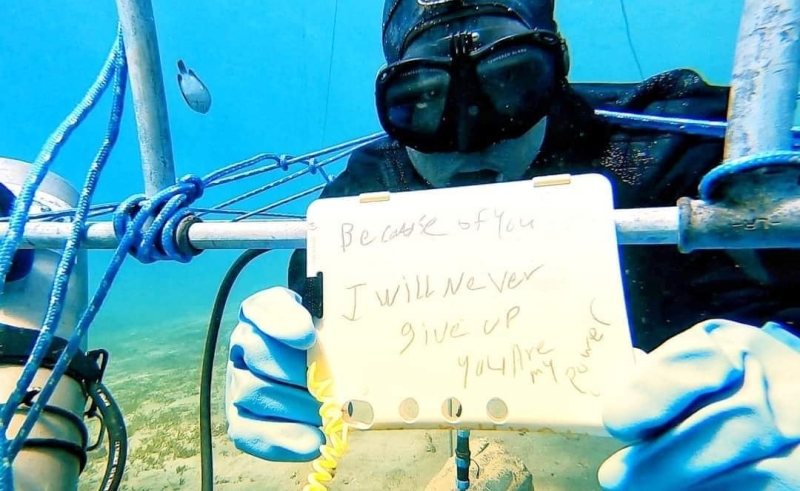 It's time for many of us to stop holding our breaths. Egyptian diver Saddam Al-Kilany has emerged from the bottom of the Red Sea, having made history by breaking the Guinness World Record for the world's longest dive. After spending 145 hours underwater in Dahab, the 32-year-old was met with applause and street celebrations from a crowd that had been waiting for him with much anticipation, and maybe just a little bit of trepidation.

The diver had been training for this moment since 2015, and had previously broken the regional record for longest dive in the Middle East. Al-Kilany underwent rigorous training for eight months prior to this latest stunt, including learning how to eat and drink underwater.

Choosing Dahab strategically for its outstanding diving conditions, Al-Kilany hopes to draw in tourists to Egypt and Dahab particularly through this record-breaking move. Al-Kilany was supervised by a complete medical team from the moment he was submerged, and was monitored through a camera that had been set up near him. During his time underwater, the diver kept himself busy exercising, praying, drawing, and eating specified foods.