Egypt's latest claim to fame? A brilliant exhibition of designer donkeys, now on display at London's historic St. Paul's Cathedral before being sent to Sotheby's for auction. 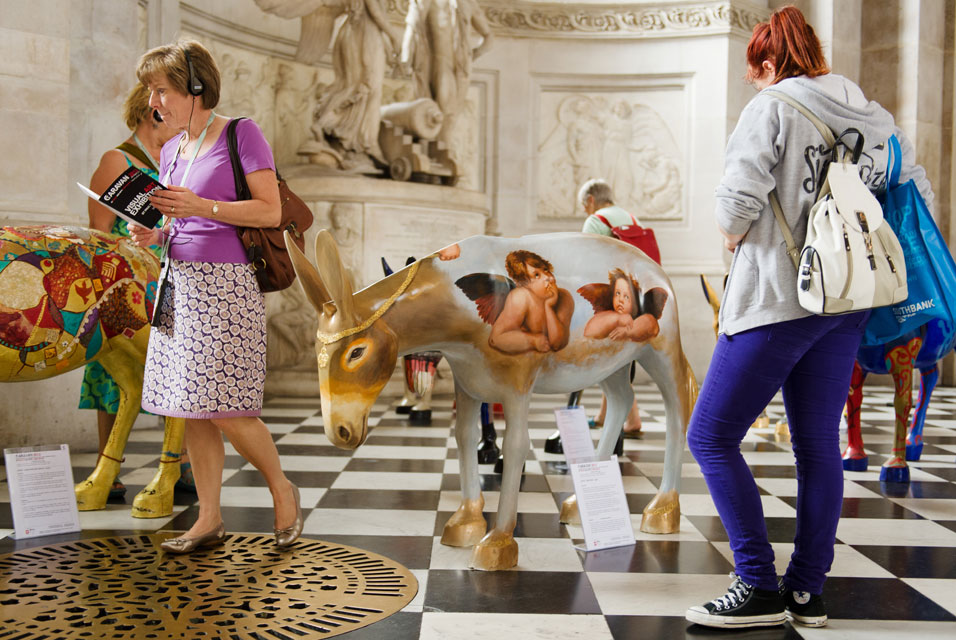 One of the few positive outcomes (so far) of Egypt’s on-going struggle is the publicity we, as a nation, have begun getting. No longer are we just the land of Pyramids and camels. Nope – we’re now famous for donkeys too! Let us explain…

St. John’s Church in Maadi has long been involved with the Caravan Festival, now in its fifth edition. The arts festival’s main aims are to bridge the gaps between Muslims and Christians, as well as East and West and their latest project involved donkeys. Why donkeys? Because donkeys apparently symbolise peace and have been immortalised in both the Bible and the Quran. So the Caravan Festival went about sending life-sized fiber glass donkeys to artists of both faiths, from Egypt and Europe, and asked them to put their artistic spin on them, resulting in a fabulous collection of 25 stylish little critters.

After being displayed at St. John’s, the herd of donkeys are now making a name for Egyptian art and unity at the iconic St. Paul’s Cathedral in the heart of London until the 23rd September, 2013. But that’s not the last the world will see of the designer donkeys – at the end of the exhibition they’ll be shepherded over to the historic Sotheby’s auction house where they’ll be sold off to the highest bidders, with all proceeds going to Egyptian charities that aid the poorest of the poor, regardless of creed.