The Egyptian Instagrammer That's Taken the Internet by Storm

We chat with Mina Gerges - an overnight Internet sensation thanks to his hilarious and elaborate imitations of Hollywood's hottest celebrities that have gotten the world's tongues wagging... 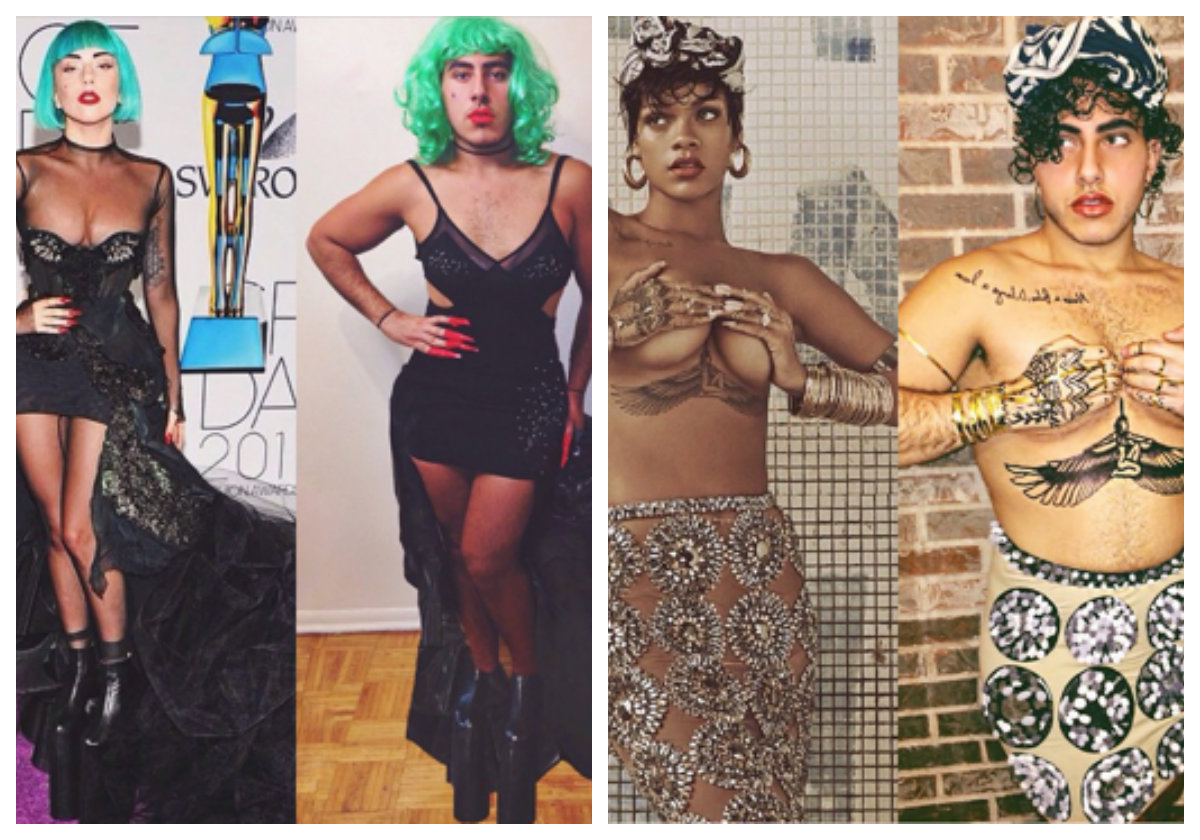 We love it when the Egyptian sense of humour goes viral, and this week it’s Egyptian-Canadian Mina Gerges’ turn in the global spotlight. The hilarious teen began posting his split screen images on Instagram a few months back, dressing up as famous celebrity women down to the tee, posing exactly like them… except, you know, being a male. His Instagram feed got picked up on by the trend spotters at BuzzFeed and bam… he went viral. “That day, the article was the most trending on the website, and it all grew from there!” says Gerges.

I used shredded paper for my hair @beyonce 👸🐝

The Port Said native is currently a student at Canada’s Western University, studying media, information, and technoculture – a subject we’re sure he’ll pass with flying colours given his recent pop culture phenomenon status. “I paint and make all the costumes in my pictures, none of that would be possible without my hands,” he tells CairoScene when we ask him about his favourite body part since, you know, we’ve already seen quite a lot of his body.

kanye's love for @kimkardashian = my love for pizza #kimye

“My favourite pictures are the ones of Kim Kardashian. I love how confident she is, and I hope to embody her confidence in my pictures!” continues Gerges. However, when asked about why he tends to replace Kanye West with pizza in photos, he adds that “pizza is definitely a relationship status. There's nothing better than the cheesy goodness that makes all your troubles go away. My favourite pizza topping is BACON!!!”

He hasn’t lost his love for his home country, however, and Arab pop culture in general remains an important part of his life. “When I'm not being Rihanna, I mostly do my school work. Recently, I've been obsessed with Ruby and Nancy Ajram. I would love to dress up as Fifi Abdo! I would also one day hope to do one of Haifa Wehbe,” he explains. He does, however, have one small confession: “Unfortunately I do Photoshop my butt. No matter how many pizzas I eat, it hasn't grown to those proportions. Maybe one day?”