Egyptian photographer Marco Maximus is inspiring wanderlust with his latest work from the streets of New York City. 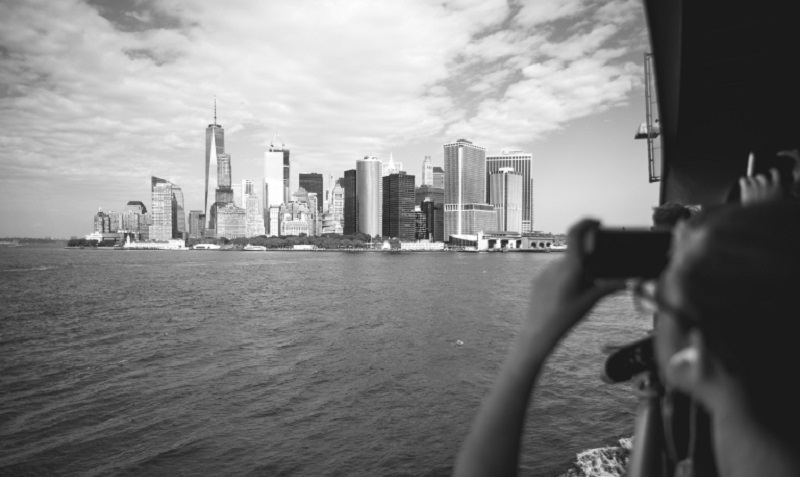 Our generation just dreams of roaming this Earth freely without care and without stress. The unfortunate thing about Egyptians is that we don’t always have the money or the approved visa applications to do so. It can make us sick to the core sometimes when we realise we may never visit all these wonderful places except in our imaginations, never to manifest themselves in reality.

One Egyptian photographer, however, has taken it upon himself to wander through the cities of the world and capture them as if we were walking there ourselves. An architecture graduate from Cairo University and self-taught photographer, Marco Maximus has, over the years, created galleries of his travels specifically from his own perspective as a pedestrian. “My inspiration is derived from my passion for architecture and photography…I capture my photos while walking the streets of the city,” he says.

He aptly named his blog MaxWalkings. On what he tries to invoke in those who gaze on his dream-like shots, he says, “I try to show people the place. To let them get the feeling of the city I visit, as every city is different from the other.”

As you look through his photos, you may be met with one of two intense emotions. You’ll either be transported to those far far away lands and be briefly lifted from your current malaise, or you will look on in jealousy and sink more into your travel-less blues. Whichever way you choose to look at it, these are undoubtedly beautiful photos. “I’m not so good at writing…and I like that the photos can speak for me,” he says. You can check out the rest of Marco's New York album and his other works on his blog MaxWalkings.