Famous celebrity singer supposedly calls on Rehab residents to join him on the streets of the enclosed residential area in their pyjamas. Pyjama party anyone? 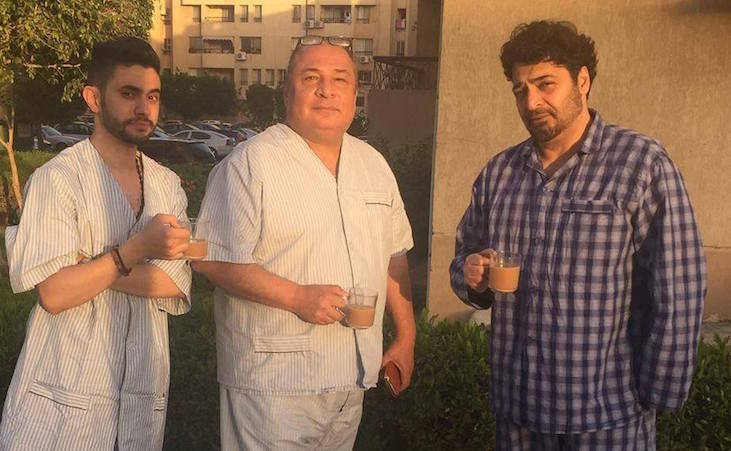 Egyptian pop singer Hameed el-Sha'eri has always been pushing the limits with his music, video clips, and general demeanour. This time around, he is pushing the boundaries of Egyptian celebrity norms by taking to the streets of Rehab in his pyjamas and slippers, with a cup of chai b laban in hand, calling on the neighbourhood's residents to follow suit - according to the person that posted the picture on Facebook, that is. Some say the move some is in an effort to liberate oneself, in effect trying to mimic European nude street festivals, but not quite.The comments are hilarious, ranging from people asking what kind of weed is el-Sha'eri smoking to others that took it way too seriously and commented saying that it was inconsiderate of him to be planning such an event while the poor are suffering. Honestly guys, it's just a pair of pyjamas, it's not even an expensive gold-and-diamond-encrusted pair of pyjamas or anything like that – it's just a normal run-of-the-mill sleeping suit, geez.