The two actors will be working closely with the International Organisation for Migration in Egypt. 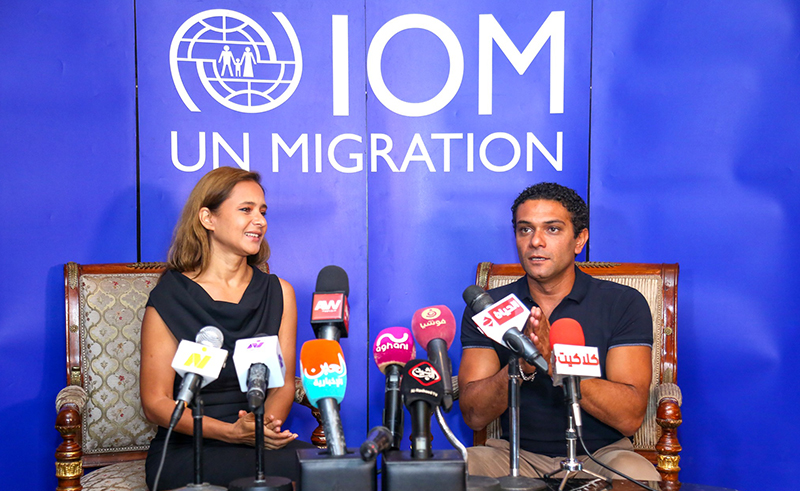 The United Nations (UN) has announced that Egyptian actors, Nelly Karim and Asser Yassin, as Goodwill Ambassadors for its International Organisation for Migration in Egypt (IOM), which provides services and assistance to migrants.

The appointment was announced during a press conference, where it was explained that Karim and Yassin would help in raising awareness both online and offline, advocating for migration that ensures individuals safety and wellbeing.

“I am deeply honored and delighted to have been appointed as IOM Egypt’s Goodwill Ambassador alongside my colleague – and dear friend – Asser Yassin," Karim said. "I am excited to work with Asser, the IOM team, migrants and all stakeholders on projects that will raise public awareness on this important issue and support the migrant community in Egypt. I look forward to learning more and to the opportunities that we will create for migrants together.”

Karim and Yassin now join a list of international stars that have also pledged to support and educate on migration politics. Their ambassadorship will have them work on supporting the United Nations’ Sustainable Development Goals (SDG) in IOM Egypt.