The story of Hadeer Mekawy's out-of-wedlock birth sparked a heated debate between sympathisers and attackers, prompting the new mother to post a statement on her Facebook page to comment on the controversy people have created out of her personal life. 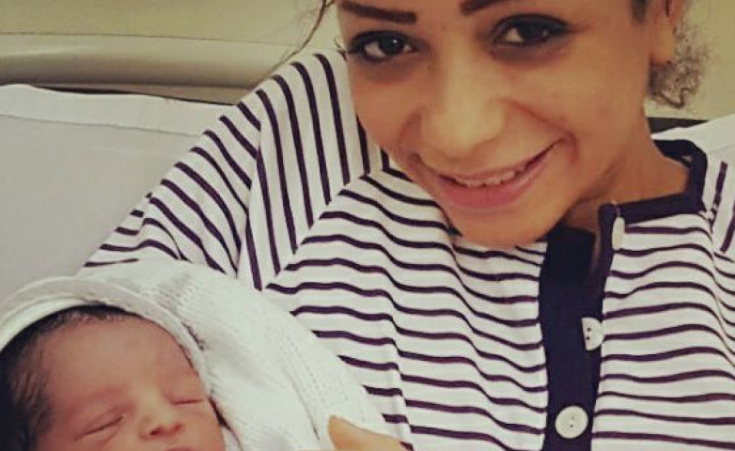 Hell broke loose on social media when, a few days ago, journalist Hadeer Mekkawy posted on Facebook a picture of her with her newborn, whom she gave birth to out of wedlock. The story has sparked a wide debate, with some sympathising with Mekkawy's case as a single mother neglected by her partner whose unwilling to claim the boy, and others deeming Mekkawy an adulterer.

Here are some of the people's reactions on social media:

"Being a single mother is not a new thing! There are many like Hadeer Mekkawy. For her to give birth to a child without the father's approval does not make her a heroine! We don't know the details of the story. The man wasn't ready to bear such a responsibility and he has every right to refuse bearing it. Her decision to keep the child without thinking what he'll have to face to satisfy her maternal instincts is a selfish act, especially when considering what the child will have to face.

"What's more absurd is those who deem her an adulterer, who are you to judge her? In the end it's her own personal life, she doesn't affect any of us and the whole issue shouldn't cause such turbulence!"

"Let's stop judging people from a religious viewpoint and focus on the main issue. Not to deny religion, but rather to support the right of this child to be raised without a father in a society that doesn't accept this… #ISupportHadeer"

"I believe Hadeer Mekkawy's issue is personal and doesn't concern anyone, so please let's stop intruding into other people's lives."

"Atheists support whatever opposes religion and morals and are taking Hadeer's issue so seriously, telling us we're a backward society unlike the west."

"I can sympathise with a wrongdoer, but to say their act is right and heroic, that's what is truly sinful."

Prompted by the comments, Mekkawy posted yesterday this statement on her Facebook page:

"Because we live in a sick society where everyone is half a God or a judge, you decided that customary marriage is sinful, in a society where parents value jewellery and furniture more than the person marrying their daughter. Of course we can add to this the fatwas saying that if you pass the age of marriage, you can get yourself married on your own. If you ask any ma2zoon (Muslim marriage officiant), they'll tell you that a girl is not allowed to represent herself if it's her first marriage. Last thing I want to say is that when I talk about a problem, it doesn't mean at all that you can say your negative opinion and act like a God or a ruler, because this is of no value to me, I'm convinced of every step I make and if I'm not then it's my life, and the decisions are mine whether good or bad, I didn't ask anyone to bear the consequences of my choices. I didn't murder my child in order to appear as the good girl, I'm proud of myself and my humanity, I'm not living my life to eat, drink, and judge people on my free time."

The ministry has announced that the train line’s second phase will run through [...]

After a decade, a team at the University of Johannesburg may have finally figured [...]
Week Month Year