Proving that squash is the new football, 18-year-old Nour ElSherbini becomes the youngest female in history to reach the final of the Women's Squash Association tournament. 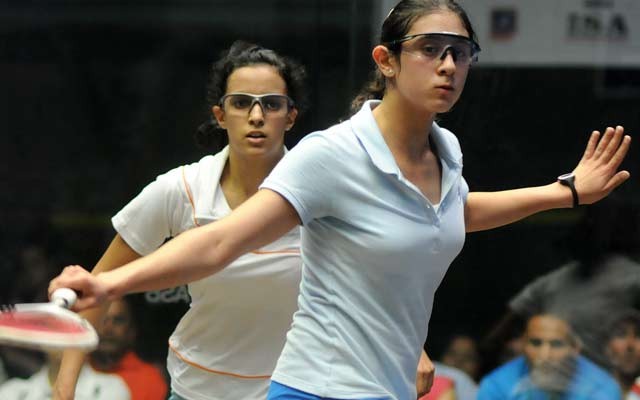 Move over football, squash is quickly becoming the most beloved sport Egyptians play. Why you ask? Well, simply because Egyptians keep kicking ass at it at the highest levels. It is no secret that our men dominate the squash world, but what many may not know is so do our women. That being said, CairoScene would like to congratulate 18-year-old Nour El-Sherbini for being the youngest squash player to reach the final of the Women's Squash Association tournament taking place in Malaysia. Aside from being the youngest, she also made history by making it to the finals as an unseeded player, and proving herself as rising star by defeating hometown superstar Nicol David who was in search for her eighth straight title.

The match was spectacularly close and came as the shock of tournament. “I’m just so happy – I never thought I could have won this match,” said the jubilant Egyptian teenager. “I always lose to Nicol 3-0 and it was never easy getting points off her. But I thought since I had nothing to lose, I just went out to enjoy my game,” explains El-Sherbini.

Defending champion and top seed David Humbly admits that El-Sherbini deserved the win claiming that: “It’s never easy losing in front of the fans here, but it was a bit of an up and down game for me and I just lacked the focus,” David said. “I just wasn’t as sharp in the end but I did my best and gave it everything I could but it just wasn’t my day. Fair play to Sherbini, she really deserved to win so all the best to her in the final.”

Despite this shocking defeat, El-Sherbini would end up losing the finals in a close match with Laura Massaro. Even though she lost, she still made history, and at the young age of 18 will have plenty of opportunities to become an Egyptian household name in the near future.