In a world where energy is as easily consumed as air, is there an easy way to save up and ration? A couple of bright Egyptian minds have an ingenious idea to keep tabs on your electricity usage, earning them a spot in Siemens' competition... 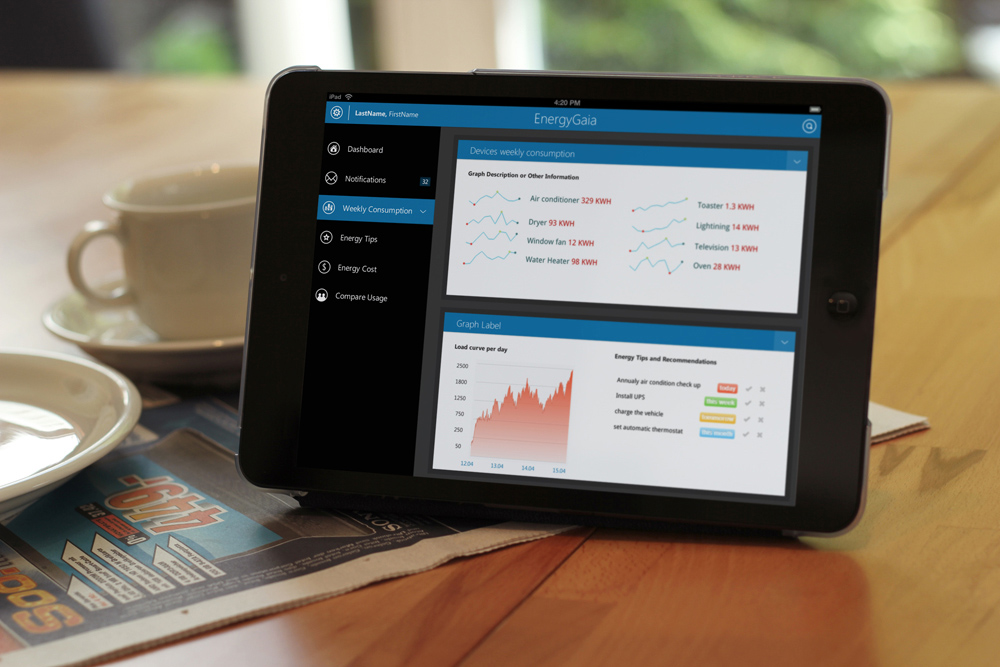 In a world where technology is at the forefront of everything we do, energy has become (and has always been, really) the core of all our activities. If we had no electricity, imagine how many things would stop operating; our lives would come to a complete standstill. Rationing and saving energy has become an issue of utmost importance, whether it's to save money or for the general well-being of our planet. Sadly, though, energy conservation isn't a top priority in Egypt. Lamp posts stay on all day and all night, ACs are always on full blast and`shops - outside of curfew - are open indefinitely. Overall, there's a general disregard to how the energy system works in our country. As a result, Egypt has witnessed a summer of blackouts like no other, as a result of an overload on the energy grid system.

A duo of young students, Jack Edwar Tadros and Ramez Saber, decided to take action against this blatant disregard for energy efficiency in the country. They've come up with an innovative idea for homeowners to monitor their energy usage and attempt to ration it: an app called EnergyGaia. "I don't think people here know the cost of the energy they're wasting. How many people know the cost of a kilowatt-per-hour? We needed to produce a simple application that will make energy monitoring and conservation fun and easy, with the user being in full control," Tadros explained when asked about the inspiration behind EnergyGaia. The ingenious idea has earned their project a coveted spot in the Siemens Middle East Student Awards.

What is EnergyGaia, though, and how does it work? Simply put, EnergyGaia is an energy metre application for smart phones (iOS and Android) that will allow users to save energy using an easy to use, user-friendly interface anytime, anywhere. "The user connects his phone to each appliance in the house via our central control unit, which is a small router that uploads the real-time data of the appliances (how much energy they're using) in a cloud. Users can then access this data anytime through their phones and control the energy consumption of each appliance, such as turning the appliance off or on at any given time," the young engineer explained.

If EnergyGaia does indeed end up winning the Siemens competition, the young duo of innovators have big plans for their small app. "This year, we will produce the first prototype for the application. EnergyGaia has a lot of competitors, but our application has a special plan that can guarantee a larger share in most markets. Indeed, Siemens is the ideal company to help us with expanding our project," says Tadros.

Here's a video giving a more detailed description of how EnergyGaia works:
Check out their project description here as they enter the semi-finals for the Siemens Student Award for Pioneering Ideas competition!