A FIFA executive official has stated that he has serious doubts that the Arab nation will host the tournament. 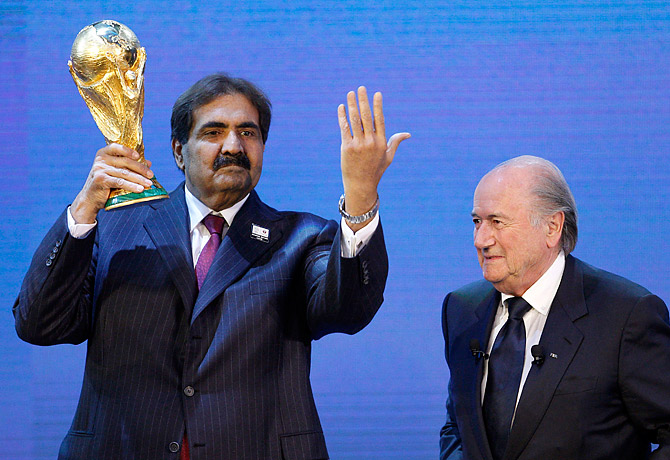 FIFA Executive Committee member Theo Zwanziger has stated that he does not think the 2022 World Cup will be held in Qatar after all, following months of speculation and criticism regarding working conditions for the migrant population largely tasked with building the necessary infrastucture to host the tournament.

He told German publication Sport Bild that "I personally think that in the end the 2022 World Cup will not take place in Qatar."

This comes hot off the tails of allegations of corruption being thrown at FIFA and Qatar since the tournament was awarded to them in 2010. However, the reason Zwanziger gave in his interview were far from these controversies. Instead, he cited scorching summer temperatures in the Middle East, which often reach over 40 degrees celsius, as the cause of his doubts. "Medics say that they cannot accept responsibility with a World Cup taking place under these conditions," he added, despite Qatar's insistence that high-tech cooling systems will be able to fend off the heat.

They may be able to cool the stadiums but a World Cup does not take place only there," Zwanziger said.

"Fans from around the world will be coming and travelling in this heat and the first life-threatening case will trigger an investigation by a state prosecutor. That is not something that FIFA Exco members want to answer for."

At least that vagina stadium won't see the light of day...