Istanbul's replica Kaaba and Well of Zamzam are, unsurprisingly, causing uproar in the Muslim world. 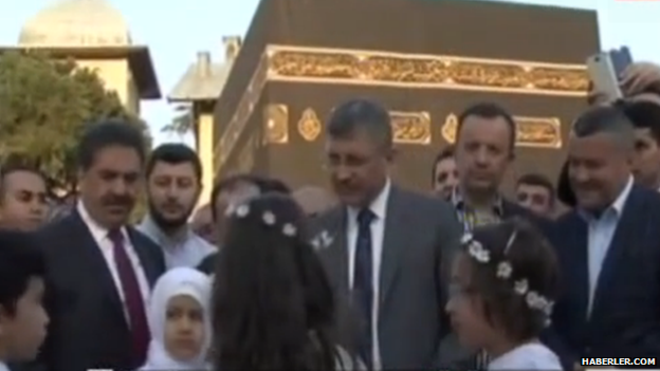 Ok so we can all agree that everybody knows what and where Mecca is. We can also agree it is a holy place to all Muslims and is visited by millions of worshippers each year during the Hajj pilgrimage.

Well anyway a district mayor in Istanbul, Turkey has decided to reveal a small makeshift of Mecca in the Uskudar District. Let us elaborate: replicas of Kaaba and a copy of the Well of Zamzam were revealed by Mayor Hilmi Turkmen. So for those of you who know how significant Mecca is, you can already tell this is stirring quite the controversy in the Muslim world.

Even Turkey's highest religious body, the Diyanet, oppose these “absurdities” and are appalled by the thought of it and are declaring it a great sin to replicate something that is as holy as Mecca.

However, some have taken a different perspective at it, declaring it a possible business venture. "The Kaaba they erected in Uskudar is a great source of income, just imagine millions of Muslims will come here now," reads Turkish journalist Selami Ince’s tweet.