Fashion brand UNTY brings the humour and energy of Nesr El Scene into a merch collection, dropping on November 21st. 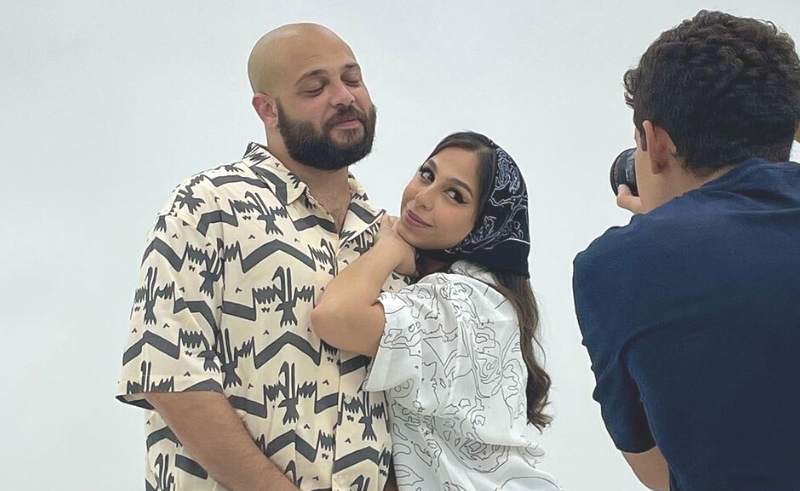 Egyptian mockumentary series Nesr El Scene took the internet by storm earlier this year, bringing on a slew of emerging actors like Mohamed Omda, Ahmed Hani, Ahmed Ehab (Hobz) and Reem Amer to satirise the Egyptian rap scene. Produced by Schema Studios, the five-episode series even drew praise from established rappers like Abyusif and Marwan Pablo for how spot-on its depictions were.

Now the miniseries has its own line of swag, with merch created in collaboration with eclectic local fashion brand UNTY.

“The premise of the show is a parody of the hip-hop scene, and a common first step into hip-hop stardom usually comes with merchandise or a collaboration with a local brand, so it just made sense,” Omar Mobarek, UNTY’s founder and creative director tells Scene Styled. “It’s a much more stimulating experience working with new niches and subcultures, they’re more focused and there’s an element of passion that you don’t find with more commercial brands or artists. Subcultures are the foundation of the culture of tomorrow, and to be a part of that means everything to us.”

UNTY has been tapping into Egyptian subcultures since its inception, with capsule collections tackling Cairene street art, and feminism. They’ve also rubbed shoulders with the regional music scene, having recently collabed with Palestinian rapper Shabjdeed. Creating merch out of a show that many have memorised by many may seem like a simple task, yet it proved to be a challenge for Mobarek.

“We wanted to steer away from the expected,” Mobarek explains. “However, avoiding any ‘Yaw’ or other meme-related design was impossible, so yes, there is Yaw, just not on a shirt.” The collection will include scarfs, vests, mugs, and other quirky Nesr El Scene merchandise, and is set to drop on November 21st.