Someday we hope to soar as high as Osama Elhady, who'll be at Cairo Jazz Club this Saturday with his newest album: Someday I'll Fly (Yawman Ma Hateer). 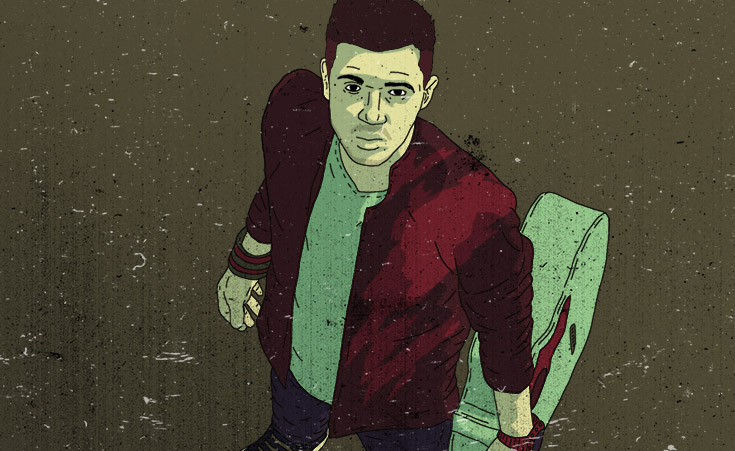 Excuse us; we're about to get a little lyrical here. *clears throat*. “Fly me to the moon; let me play among the staaars…” No? Not Sinatra fans? Alright, let's try this: “I believe I can fly! I believe I can touch the skyyyy!” See, R. Kelly isn't the only one who thinks about it every night and day; it seems we all want to fly but we just haven't yet figured out how – instead, we just sing about it endlessly. We all want to soar; instead, we sing. Adding to the list of people who want to spread their wings and fly away is Egypt's own Osama Elhady, who's just released his latest album, Yawman Ma Hateer (Someday I Will Fly). The musical mastermind and his band are set to make CJC soar this Saturday with a live performance of the new album, acclaimed by fans to be nothing short of perfection. Chapeau, Osama Elhady.

Somewhere between Jazz, Blues, Rock, and a taste of the Orient, Osama Elhady captures the essence passion, goals, and hope for the future through his latest album. How did he come up with the album title? “Whenever I was asked about my goals or my future in music, I would always say someday or one day I will get to where I dream to be; it had become this dominating thought controlling my way of life,” Elhady says. “I have always been obsessed with the concept of flying – especially since I am a big Superman fan, who, by the way, is so much better than Batman. So I figured that my dream and passion should conjoin so that my music would truly represent who I am in a way that would also relate to many listeners.”

While we don't imagine Elhady and the band doing any random Superman poses during their performance at CJC this Saturday – though we wouldn't put it past them; they seem to be quite the fun bunch  – we're sure the performance will be nothing short of inspiring.