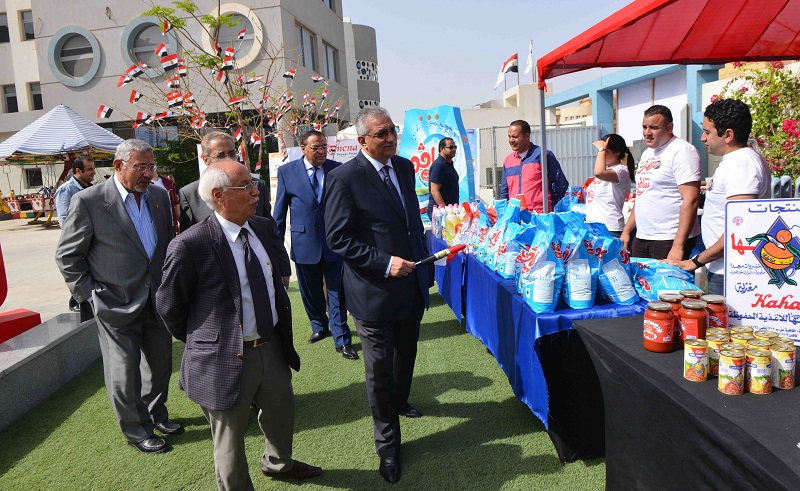 There is one international school in New Cairo offering its own unique twist on education. Established by the Fouad Habib dynasty, who have a history of over 60 years in the private education sector, Metropolitan School strives to offer “an outstanding international education” while instilling in their students “values [that] are firmly grounded in the traditions of Egyptian culture.”

From the 23rd to the 27th of April, the school held an “Egypt Week” in the interest of this vision. Students were taken to local places of interest and took part in activities which exemplified the essence of what Egypt is. On the final day of the week, dubbed “Egypt Day”, a number of quintessentially Egyptian events and activities were held, including a traditional Moulid-style celebration, a Tanoura dance, and a magician and Aragoz show. Adding more to the flavour of the day was a market totally dedicated to products and handicrafts made in Egypt, which many leading Egyptian brands and organisations took part in such as BiscoMisr, Isis, Qaha, Kamena, and the Masr El Khair Foundation. The day was quite special as it attracted the attention of former Minister of Education Dr. Ahmed Zaki Badr who came to support the Metropolitan School’s initiative in harmonising the students’ international education with their national identity.