A viral video of the incident led to their arrest. 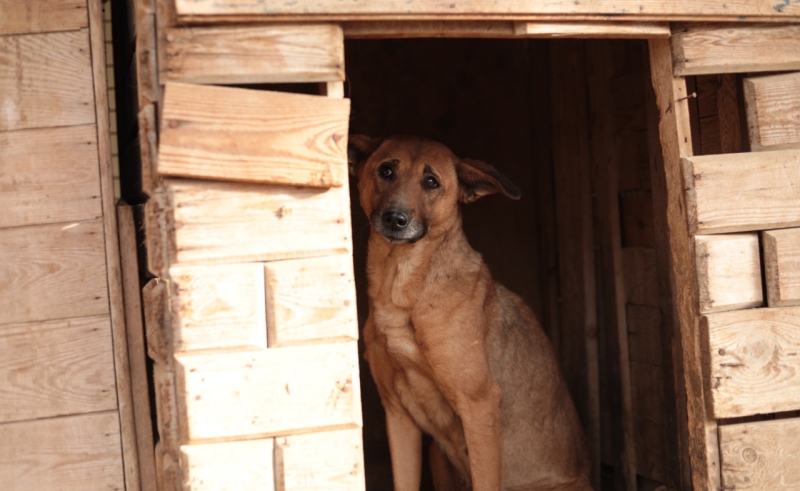 Security sources have confirmed the arrest of four men in Cairo's al-Matareya area for the torture and murder of a dog, after a video clip of the act spread across Facebook.

Outcry against the heinous act erupted on social media, with people demanding justice against the inhumane killing while causing the hashtag "كلب_المطرية#" ("#al-Matareya dog") to go viral.

Hanan Deebes, director of the Animal Protection Foundation, spread the images of the incident along with the hashtag on her Facebook page. "Where is the humanity? There are so few other creatures who'd enjoy such bloodshed against a helpless, powerless dog," Deebes wrote in Arabic. "Why are there no laws to protect animals from the animals of humanity?" Deebes ended the message asking for the name and location of the killers. Deebes had also submitted an official report to the al-Matareya police, according to Cairo24.

The incident was broadcasted on news stations, with the journalist Eman Elhossary directly denouncing the killers on DMC Evening, saying, "You are terrorists just like any other kind of terrorist, you are a danger to our streets and the security of Egypt. Your place is to be trapped within four walls."

After such extensive coverage, the police were able to arrest the four killers earlier today. This isn't the first time action against animal cruelty was prompted by a viral video. In 2015, two men were arrested after a violent recording depicting their torture of a leashed dog gained public attention. Their arrests only came after concerned citizens spread the video while decrying the behaviour.

As it stands, animal activists continue to demand stronger laws to protect animals. What do you think Egypt must do to end the cycle of animal abuse? Let us know in the comments below.