Until this day the Fukushima plant is leaking 300 tons of nuclear material into the ocean daily, threatening the future of sushi and probably the return of Godzilla. 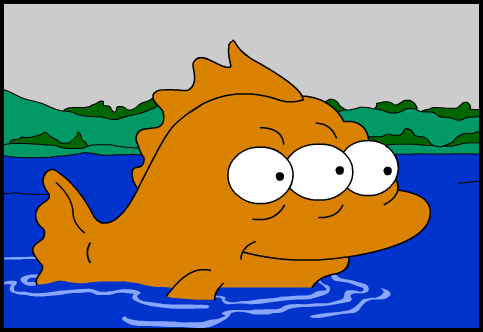 Fukushima. If you have been living under a rock, then perhaps this name confuses you. However, if you have been living under the sea, chances are you are mutating because of it. The on-going effects of the Fukushima Disaster don't seem to be in the headlines, what with all the turmoil in Egypt and the crisis in Syria. Event though it is the greatest threat to the earth, it seems that unless you are in Japan, the general public doesn't care.

The meltdown was a result of an earthquake and tsunami that occurred in June 2011. At the time of the disaster 5,000 to 15,000 terabecquerels of radiation were reaching the ocean. One terabecquerel is the equilavent of the exposure to 50,000 front-view chest X-rays.

What is surprising about all of this is that, untill this day, 300 tons of water containing these radionuclides is released into the ocean every day, with an additional 300 tons leaking into the ground. This is an absolute ridiculous amount to still be leaking and it is a wonder why Japan's government has only recently disclosed this fact and are just finally helping the plant stop the leak. The clean up of the radioactive water will take decades, and will require new approaches as this disaster is first of it's kind.

Scientist argue that the Chernobyl disaster is still considered worse, as the whole reactor exploded, releasing 10 times more radiation than Fukushima into the air. In comparison, the Fukushima's radioactive core stayed intact and much of the radioactive material was carried out to sea, away from human populations. However, clearly it has effected plants in the surrounding area, as well as contaminating fish.

The current estimates have the radioactive water reaching America's coast in early 2014 , peaking in 2016. So it can be assumed that around that time we will start hearing about this disaster in the mainstream news cycle. Let's just hope by the time it reaches America's shore, Japan is able to finally stop the leak. However, if they don't, then perhaps a Hollywood classic will come to life and we are left helpless against Godzilla and Mothra. In the meantime, we suggest *gasp* staying away from sushi. Just kidding - we all know all the sushi in Egypt comes from the Nile. We're just not sure which is worse...