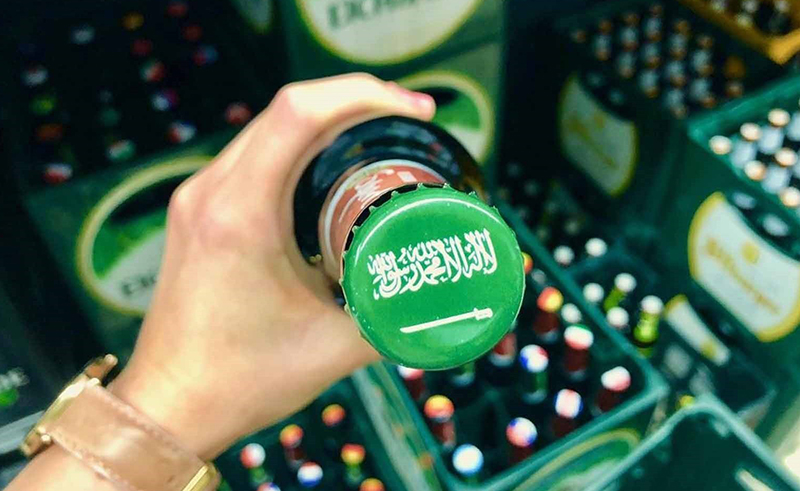 In its latest promotional campaign for the World Cup 2018, a German beer brewing company, Eichbaum, changed the bottle caps of their products to the flags of countries participating this year, including Saudi Arabia, whose flag bears the holy Islamic testimonials (Al Shahada).

In a swift response, Germany's Saudi Embassy declared it had reached out to German 'security officials' in order to remove the flag from the beer caps, and released a statement (below) in which it condemned the 'insulting' act and shunned it as insensitive to Muslims everywhere. Soon after, Eichbaum released a statement apologising for the incident, asserting it wasn't in their knowledge that what's written on the flag is related to religion. As for the 117 bottles which have been released into the market, the company said nothing can be done to retrieve them.