"The GUC threw many students out, who were demanding better security procedures and student conditions," criticises leading German paper, Tagesspiegel. 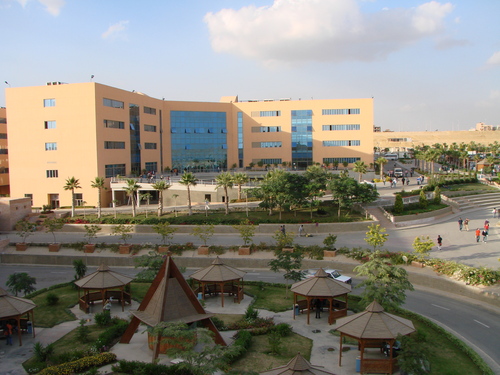 Protests against lack of security and care for students on GUC's campus have arisen and were quickly shut down when the university management decided to expel students, causing further frustrations among the rest of the demonstrators. German Newspaper Tagesspiegel calls out the German University in Cairo, seemingly siding with the students as they question the standards and conditions at the elite establishment.  "They are asking for standards, that is promised to them as 'paying customers'," states Tagesspiegel. They described anyone who wants to study at the GUCas "having to dig deep down their pockets."

The paper also mentions that students seeking support in getting their demands met from other German organisations in Egypt, like the DAAD, were given disappointing advice: to apologise to the university. Diplomatic circles like the German Embassy in Cairo are said to be engaged in conversations with both student-representatives and the university's management and have come to terms of agreement that keep the rights of both sides in tact.

The article then takes a turn recalling how Germany had financed the GUC with 5 million Euros in 2003, while DAAD, the German Embassy in Cairo and the Egyptian Ministry for Research and Education have been supporting the university since then.

The critical piece ends by mentioning the academic partners of the university in German cities Ulm and Stuttgart, whose rectors are also part of the GUC board, and how the DAAD feels 'sorry' for the situations some students are put into, like the investigations undertaken by the Egyptian state-police.