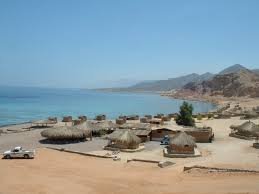 Following the security threats following the ousting of President Morsi in 2013, many countries imposed travel bans on Egypt, causing major problems for South Sinai’s hospitality business which was heavily affected by the lack of tourism, as we previously reported. Due to efforts by the Egyptian Ministry of Tourism and Foreign Affairs in recent months, many countries have started lifting bans on Nile cruises and Sinai. The hesitation of European travelers, however, remained.

Well, those days of waiting for tourists and fretting over existences might actually come to an end now. Youm7 reports today that Germany has lifted their travel ban on South Sinai destinations including road travel and sightseeing tours to St. Catherine. Just a few days before the ITB Berlin, an internationally visited German tourism fair, Germany has stopped issuing high alerts to travel in South Sinai and will likely boost this new attitude at the tourism convention later this week.

We can only hope that the lifting of a prominent European ban will bring some life back to the region. According to the Egyptian Ministry of Tourism, revenues went down by nearly 50% between 2013 and 2014. Travel bans stay in place for Cairo and Upper Egypt, but a welcome back to tourists in South Sinai will hopefully revive the peninsula and Egyptian tourism as whole.