These items come from the Egyptian Museum in Tahrir, as well as archaeological sites in Saqqara and Ismailia, and include massive walls praising Egyptian royalty and statues of kings and queens. 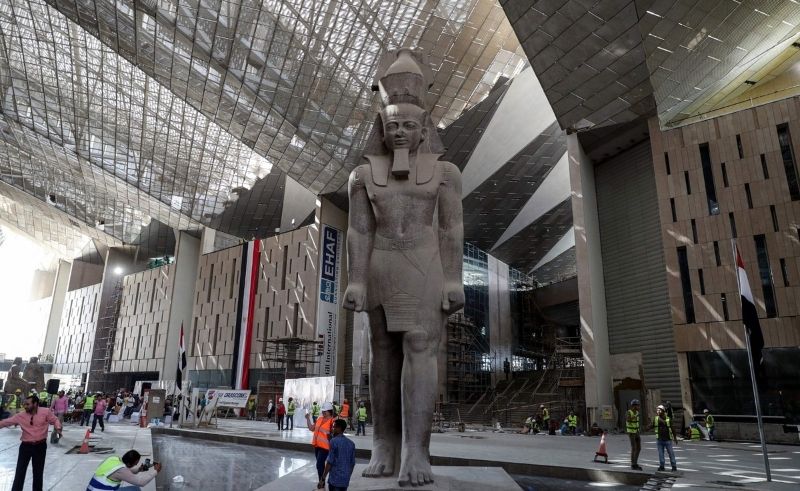 The Grand Egyptian Museum has just received 23 massive artefacts from the Egyptian Museum in Tahrir, as well as archaeological sites in Saqqara and Ismailia. Among the most important of these is a huge granite statue of Queen Hatshepsut, where she’s kneeling with sacred tools of a purification ritual in hand. Another crucial piece of history is a large limestone plaque engraved with the royal titles of King Sneferu.

Among the largest of the items is a stone wall that bears texts about Queen Ankhesenamun II of the Old Kingdom. It was divided into 269 pieces for transportation, and will be reassembled in the main hall of the Grand Egyptian Museum.

Other artefacts include a stone panel of King Akhenaten and Queen Nefertiti, three panels with relief carvings from the tomb of Prince Rahotep from the Old Kingdom, and two panels of pink granite used for a door depicting King Ramses II in the Osiris position (which is to say, with crossed arms) wearing a red crown. The Grand Egyptian Museum has been nearing completion for months, but inauguration was pushed back as a result of the ongoing COVID-19 pandemic. It’s now scheduled to open in November 2022, and was listed by the UK’s Metro magazine as one of the most anticipated destinations for the upcoming year.