Halal or Not: Can Muslims Be Friends With Non-Muslims?

Dar al-Ifta has issued a fatwa stating Muslims can be friends with non-Muslims, leaving many wondering why such a decree is necessary now, especially after plenty of Egyptians showed their support and solidarity with Christians in the wake of the recent horrific Coptic cathedral bombing. 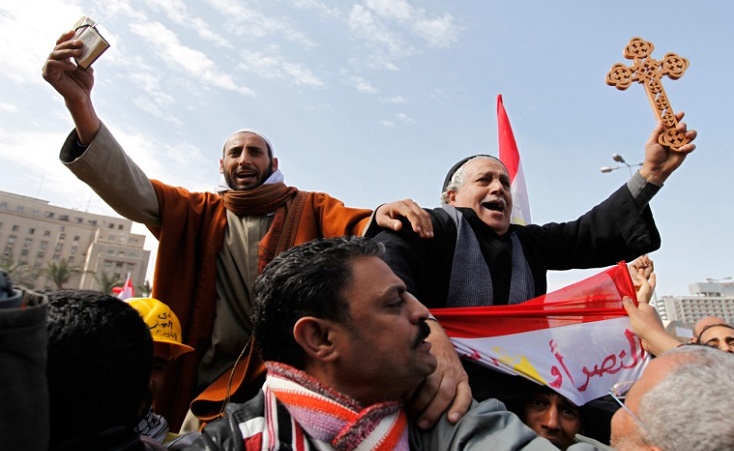 Egyptians have taken to social media to express their dismay after Egypt’s Dar al-Ifta issued a fatwa declaring that it is permissible for Muslims to have non-Muslim friends.

The statement released by Dar Al-Ifta last week was met with sarcastic remarks on social media, as many believe the fatwa was not needed. The fatwa was issued after a recent convert to Islam asked the religious organisation whether it was permissible for him to continue his friendship with his Christian friends.

Responding to the man question, Dar al-Ifta, responsible for the Islamic legal research in Egypt, explained that the relationship between Muslims and non-Muslims is one of co-existence rather than confrontation and enmity.

As soon as the fatwa was issued, Egyptians began questioning why such a condescending fatwa on human relationships is needed, especially when the country has spent years trying to strengthen and unify relations between Muslim and Coptic Christians. Adding to frustrations is the fact this decree was released days after Egyptian Muslims took to social media to express their support and solidarity with their Coptic compatriots in the wake of the horrific bombing of Cairo’s Coptic Cathedral. This has prompted some to pose the question that if this is a fatwa now, does that mean showing their solidarity in the past was a sin?

Translation: Oh dark days… this means that all this time we were living together sinfully…!!!??

What do you think?