Halal or Not? Eating Your Wife If You Are Hungry...

In today's edition of Halal or Not? is Saudi Mufti Abdul Aziz bin Abdullah declaring eating your wife as okay... 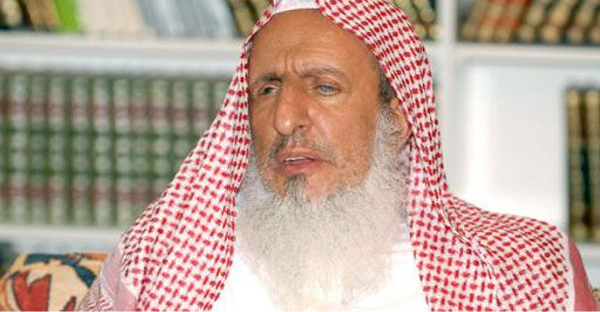 We apologise for this aneurysm inducing news, but seriously a Mufti in Saudi Arabia has just declared that a Muslim can cannibalise his wife. You heard correctly: Abdul Aziz bin Abdullah, a man of religious power in Saudi Arabia, believes it is halal to eat your wife.

Clarifying his stance, Abdul Aziz bin Abdullah explains that literally eating your wife is permitted only if you're extremely hungry. Translating what appeared on multiple Arab websites (here, here, here, here and here):

“A fatwa attributed to the Mufti of Saudi Arabia, Abdul Aziz bin Abdullah, which allows a man to eat his wife or parts of her body if the husband was afflicted with a severe hunger raised concern and debate over social media since yesterday evening. The Fatwa is interpreted as evidence of the sacrifice of women and obedience to her husband and her desire for the two to become one.”

At a time where the world is looking for moderate Islam to emerge to challenge the barbaric and extremist beliefs and practices of organisations like ISIS, comes a Mufti from Saudi who thinks declaring your wife a snack as being helpful.

We sincerely hope this old, incompetent cannibal is reprimanded for his words. That being said we are not religious officials, but can confirm that we all think eating your spouse is haram.