Hamdry 'The Hammer' Abdelwahab came out victorious against US mixed martial artist Don'Tale Mayes, as part of the "UFC 277: Peña vs. Nunes 2" event in Dallas, Texas. 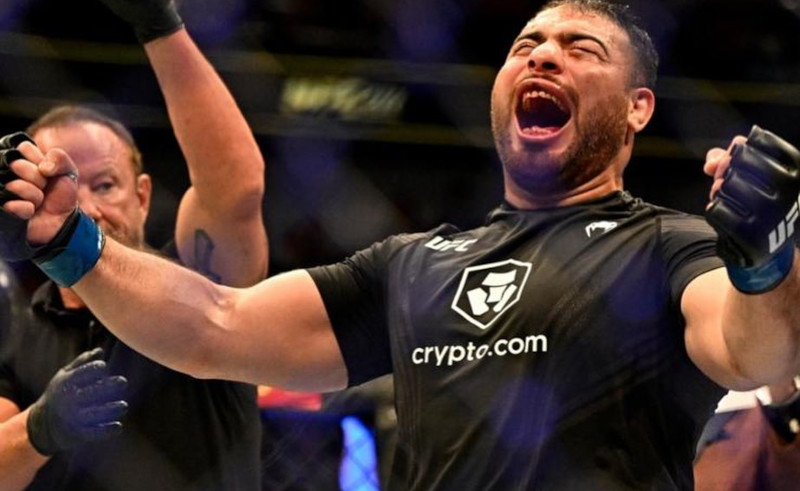 Martial artist Hamdy 'The Hammer' Abdelwahab just made UFC history by becoming the first Egyptian UFC fighter. But it’s not just the fact that he’s made it to the big leagues amongst the mixed martial artists of the Ultimate Fighting Championship - he also won his debut match, coming out of the cage victorious against US mixed martial artist Don'Tale Mayes in Dallas, Texas. The fight was part of the "UFC 277: Peña vs. Nunes 2" event as a preliminary card.

Abdelwahab is a former Olympic wrestler, having competed under the Egyptian flag in Rio 2016. He is ranked 10th amongst 106 active US Southeast Pro Heavyweights and 2nd out of 25 active Florida Pro Heavyweights. Abdelwahab has only fought in five MMA matches before signing on with the UFC, and has thus far gone undefeated in the sport.

If you missed the action, Abdelwahab’s winning match can be streamed on ESPN, ESPN Arabia and YouTube.