The obelisk was one of four granite obelisks built to legitimise Hatshepshut’s rule, and were erected at the Great Temple of Amun. 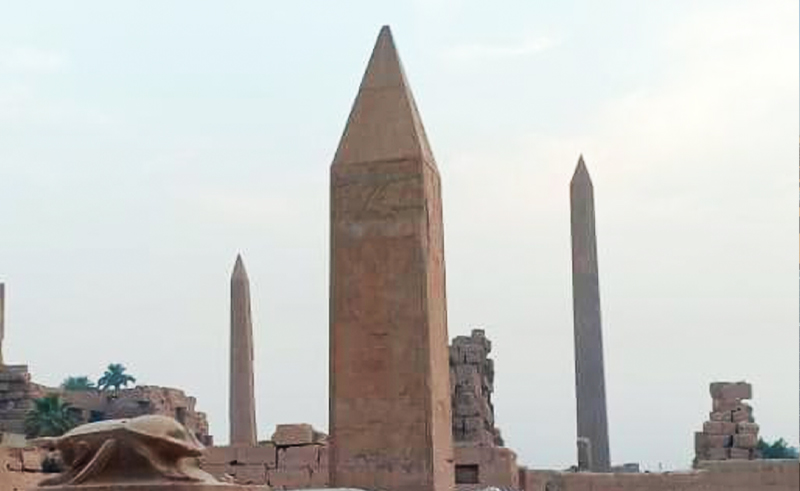 The Hatshepsut obelisk was returned to its original location, thanks to the efforts of an Egyptian archaeological team.

The obelisk was one of four granite obelisks built to legitimise Hatshepshut’s rule, and were erected at the Great Temple of Amun. While the other obelisk is considered the tallest surviving obelisk in Ancient Egypt at 29 metres tall, its recently-restored sister fell during an ancient earthquake, and had to be dismantled and placed alongside an artificial sacred lake inside the Karnak temple complex by French Egyptologist George Legrain.

After the Supreme Council of Antiquities found that the obelisk was in danger of deterioration, the council determined that the obelisk needed to be re-erected to preserve it. Now brought back to its rightful position, the obelisk stands at 11 metres tall and is decorated with engravings of Queen Hatshepshut and her relationship with Amun, the Ancient Egyptian King of the Gods.