New party organisers on the block, Life Engine, want you to operate your party engines on full throttle, so they're starting you off with one hell of a party on April 22nd. 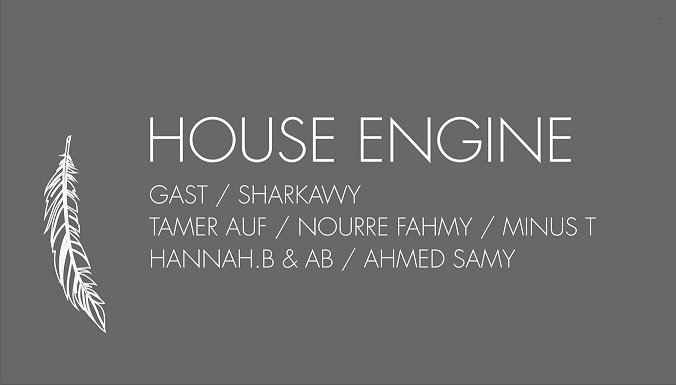 Cairo is in for a treat as the new party organisers on the block, Life Engine, are dead-set on operating your nightlife engine on full throttle with gargantuan parties.

Apart from organising sports and Rock music events, the engineers are equally committed to getting your engines roaring with some sick House beats. Their first order of business in this regard? House Engine – debuting with one hell of a bang! House Engine will take place on Friday, April 22nd, at Café d’Nile; the decks will throb with the fresh sounds of Nourre Fahmy, Minus T, Tamer Auf, Hannah B. & AB, Sharkawy, and Ahmed Samy, but not until the great Gast has provided the much-needed dose of foreplay with an opening set from heaven.

DJ Nourre Fahmy gives us an awesome heads up about the different music, insane lineup, and expecting the unexpected at House Engine. "DJs from all corners of the music scene will be joining the jam, so will event organisers," he says. Since it's a day party, Fahmy tells us it's going to be a long, epic day, especially with some new DJs taking over with fresh sounds. "I'll be introducing a new sound of mine – Orientalish fused with Techno and Tech-House – which is suitable music for a day party," he shares. Fahmy, who's played at the likes of Cairo Jazz Club and Zigzag, knows the inside scoop at what'll be going down, so we'll trust his sound judgement. Yes, we did that on purpose.

So now you have next weekend all figured out; you are cancelling your plans and replacing them with this one! Obviously. What else are you going to do that's better than a new party coming to Cairo?