We joined the final day of the Alamein Robotics Championship to check out a robot fighting championship and see Egypt's most ambitious engineering students do what they do best! 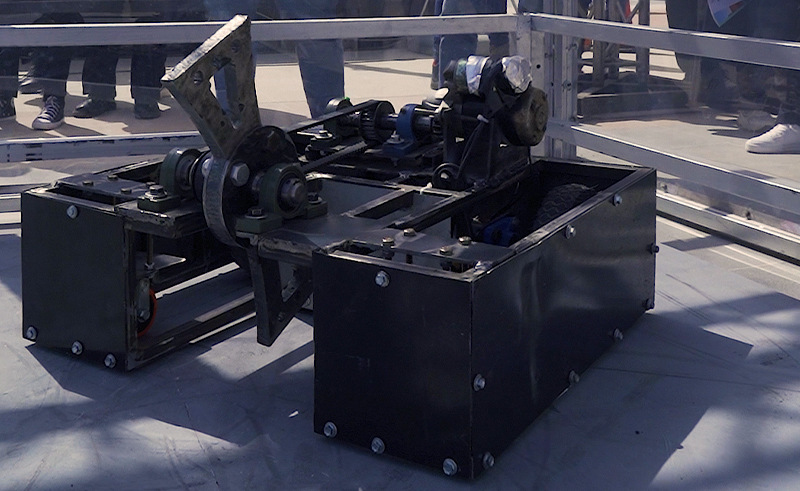 It was a beautiful spring day at the coast of New Alamein City, where behind a cloister of newly-built villas and homes, we joined the final day of the Alamein Robotics Championship at the Arab Academy for Science, Technology and Maritime Transport (AASTMT)'s Alamein Campus. While the championship took place across the city, we were here to witness the grande finale of the Metal Monsters Competition - one of the MENA region's biggest baddest robot fighting contests out there!

And although we came to see these bots butt heads and ultimately watch as Team Robomaker won first place with a EGP 25,000 prize (congrats btw), we stayed for everything else that the Alamein Robotics Championship had to offer: the passion of Egypt's most creative robotic engineers and the burgeoning international community of schools and universities that arrived to share their work. From minesweepers to robot repair labs, check out our video to see how it all went down.