The Deir El-Sultan monastery was named by Salah El-Din El Ayoubi, and is now constantly getting harassed by Israeli forces. 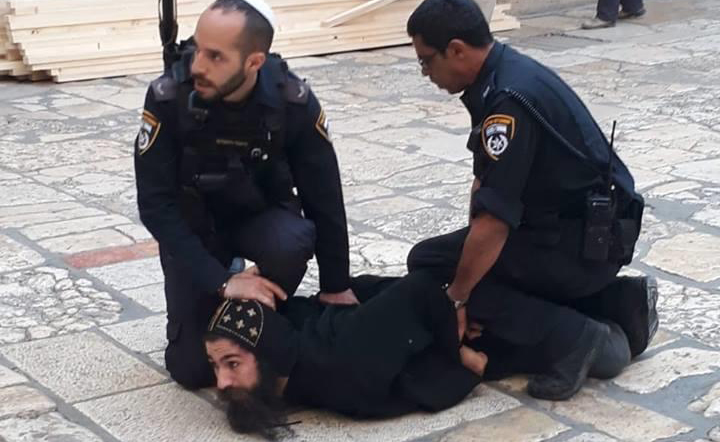 The members of the Deir El-Sultan clergy had been sitting-in to protest an Israeli move to forcibly ‘restore’ the monastery. The monastery has been under repeated harassment by the Israeli government, albeit for a 1970’s Israeli court ruling of its belonging to the Coptic Church.

The Israeli government had tried to negotiate with them for the restoration, but they protested the decision arguing that any restoration would happen under the supervision and execution of the church.

Israeli police forces attacked the monastery today to force the project on the protesting clergy, and beat and subdued multiple monks, including Egyptian Macarius El-Orshaleimy: an act which was caught on video and circulated on social media.

The 1,800 square meter monastery was named by Salah El-Din El Ayoubi, who had returned it to the Coptic Church after it had been occupied during the Crusades. It’s located on historical pilgrimage routes to the Church of the Holy Sepulcher, making it of utmost significance to the Copts and their history.