Seven-year-old Bana Alabed took to Twitter to tell JK Rowling how much she loved the Harry Potter movies, so she arranged for the e-book series to be sent to her. With a single wave of her wand! 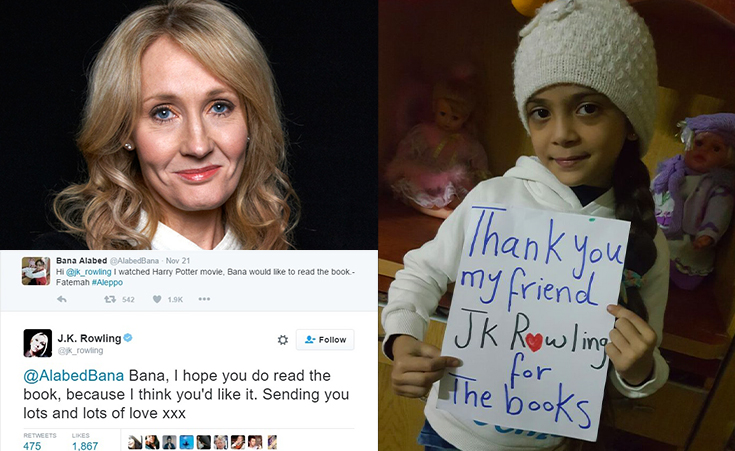 Seven-year-old Bana Alabed shouldn’t be subjected to the horrors of war or witness the destruction that comes along with it, but in the besieged city of Aleppo, Syria, that’s the case for many Syrian children.

But unlike some, Alabed found solace in the fictional realm of literature – information she shared with her 136K Twitter followers, tweeting that she reads "to forget the war."

But there is no better escape than the magical construct that is JK Rowling's masterpiece, Harry Potter, which alabed had no access to up until very recently.

Soon after Alabed's mother asked how to obtain the books, a member from Rowling's team got in touch via Twitter to arrange for the e-books to be sent to her.

@jk_rowling @missguppy1 @AlabedBana Bana, I work for Jo. Would you be able to read an eBook? If so I&#39;d be happy to get a copy over to you.

Hello my friend @jk_rowling, I started reading your books now, my heart is for you. Thank you. - Bana #Aleppo #StandWithAleppo pic.twitter.com/MHtOIFzwuI