Reasons Why Katy Perry Cancelled Her Birthday Trip To Egypt

After news broke that Katy Perry cancelled her birthday trip to Egypt, we speculate on why the Dark Horse is fleeing this desert… 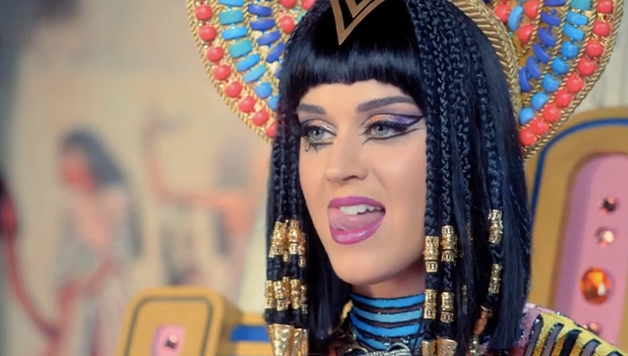 Just when you thought Egypt was overcoming tragedies, news breaks that will surely have many Egyptians feeling both Hot n Cold. According to the Hollywood Reporter, Katy Perry's 30th birthday celebration on the Nile has been cancelled.

Perry was due to celebrate her 30th birthday with a cruise along the Nile, but news about the cancellation began appearing on several news websites yesterday. So far, the cancellation hasn’t been confirmed by Perry’s social media account, but is being reported as such.

Purely based on speculation, we imagine that this Roar-ing star may have cancelled her trip, due to the fact that it is illegal in this country to Kiss a Girl. The decision to celebrate in Egypt came off the heels of her Dark Horse video, where she posed as Cleopatra, going so far calling herself Katy Patra. The video was heavily criticized as being offensive to Muslims, which led to the video being edited. Considering that she pissed off a country with a population of 90 million, a majority of which are Muslims, it maybe not be the right time for her first visit.

According to sources leaking the story, the California Gurl has decided that Egypt’s political issues R So Gay, opting instead to celebrate her October 25 birthday in Morocco. Obviously the puns and speculation could go on forever. However, if we were to give it our best guess as to why she cancelled, Part of Me or rather us would like to believe that all the blame should be placed on Youm7, who just so happened to leak her entire itinerary for her stay in Egypt months ago. We should have known it was all a Teenage Dream and that in the end we only have ourselves to blame for letting Katy Perry be The One That Got Away.