Addiction is a health-issue, not a moral issue. 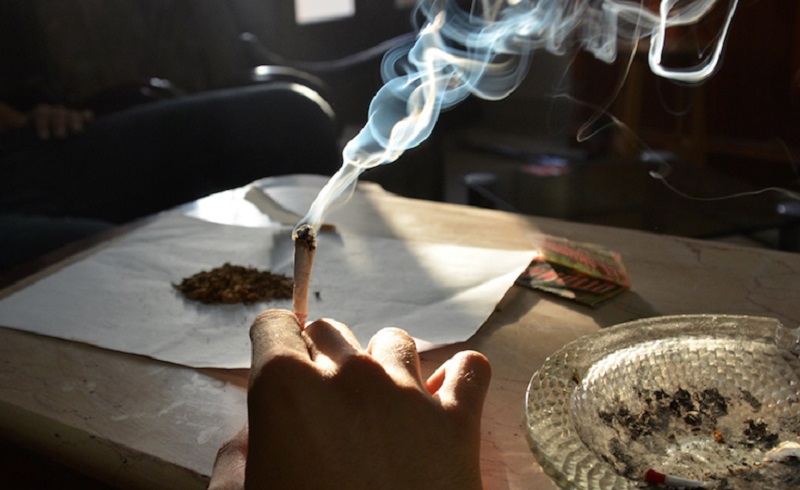 John Talat, member of the Egyptian Parliament , announced he was working on a law proposal for the parliament to cancel the punishment for drug use, including Hashish use.

Talaat explained that he was whipping votes for the project for next general meeting of the parliament, set for the 21st of October, in order to place it on the agenda for the parliament’s fourth round.

The PM noted that the concept behind the project is to replace the prison sentence for drug-use with a rehab sentence. In rehab, the user would receive therapy for a specific period of time from 3 to 6 months in order to treat them from addiction.

He confirmed that article 39 of the penal code specified the punishment for drug use. The law states that drug-users shall be sentenced to “no less than a year” in prison, and fined “no less than EGP 1,000 and no more than EGP 3,000.

”Those caught in a place prepared or specified for drug-use (colloquially known as a Ghorza) knowingly, are sentenced to double the punishment if the drug is Heroin or Cocaine. Talaat said he wanted to replace the punishment with rehabilitation and therapy, and clarified that this would cost the state as much as it would if the user is sent to prison.

He said that the purpose of the amendment is to protect the youth, especially that most drug-users caught are young. This would destroy their chances at a better future, he said and makes them prone to criminal activity because of their contact with other criminals behind bars. Rehabilitation, however, gives them back that chance and prepares them to be reintroduced as functional members of society.

He digressed that the state, represented by the Ministry of Social Solidarity spends millions out of its budget on awareness campaigns and advertising about the risks of addiction, as well as what it already spends on prison from feeding the prisoners and transporting them. It would be much better to use this money to achieve positive results.

He clarified that the law would specify drug-users exclusively, and not include drug traders and traffickers who will still be treated under the auspices of article 34, which punishes them with jail-time and capital punishment.

17/10/2018 Correction: An earlier version of this article used PM as an abbreviation for Parliament Member, while the aforementioned abbreviation is in fact mostly associated with the position of Prime Minister. The abbreviation has been replaced with MP, for Member of Parliament.