CairoScene Senior Editor John Bishara looks back on the life of Queen Elizabeth II through the lens of Egyptian history, and the crucial role she played in the current world order. 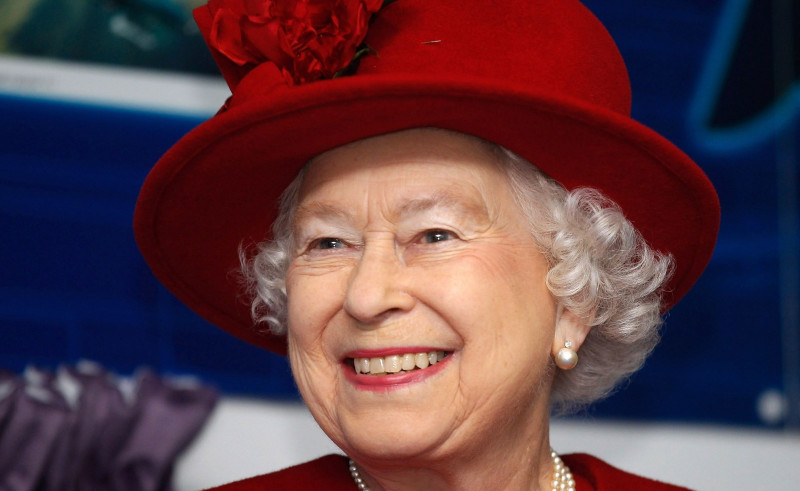 When Elizabeth II of Great Britain was born in April 1926, the Kingdom of Egypt had stopped being a protectorate of the United Kingdom, only partially earning its independence after the 1919 Revolution. The nation held a parliamentary election a month later in May, resulting in an overwhelming victory for the Wafd Party, which espoused Egyptian nationalism and stoked grievances against the United Kingdom's reserved powers over the nation's governance. King Farouk I of Egypt would present Princess Elizabeth with a necklace made out of ancient Egyptian coins to celebrate her marriage to Philip Mountbatten in 1947.

When Elizabeth II was crowned as the Queen of Great Britain in June 1953, the newly-formed Republic of Egypt had abolished their monarchy after the 1952 Revolution, ending British influence over the country. A month later, on July 28th, General Muhammad Naguib - the official leader of the Free Officers, the group that spearheaded the revolution and included the likes of Gamal Abdel Nasser and Anwar Sadat - became the first President of Egypt.

These two events reflected a shifting world order that would come to define Queen Elizabeth II's reign over Great Britain, an era referred to as the 'New Elizabethan Age'. It is an age defined by decolonisation. It is an age in which the Queen ruled over an empire that, even as she ascended to the throne, had already been diminished.

From the beginning, Queen Elizabeth II maintained a visage of political neutrality within Britain. The crown, it was said, is "above politics" - a phrase used to sanctify the monarchy, while the ministers "beneath" her made decisions that shook the world, and sought to maintain control over Egypt. Although she pledged her life to the service of the British people during her coronation, the Queen would not do so through direct control of her government - for better or for worse.

While President Gamal Abdel Nasser nationalised the Suez Canal Company in July 1956, tearing it away from British and French shareholders, Queen Elizabeth II was receiving a state visit from King Faisal and Crown Prince Ilah of Iraq. During the height of the Suez Crisis in November of that year, as Britain, France and Israel engaged in their tripartite aggression against Egypt in a botched attempt to seize control of the Suez Canal (which historians would cite as the death knell of the British Empire, when their lack of power in the face of international pressure to withdraw from the canal was made clear to the world), the Queen engaged in social events at Gray's Inn and the Royal Academy in London. Lord Mountbatten would later claim that the Queen disapproved of the attempted invasion - although her disapproval would have made little difference to the soldiers on the ground who gave their lives for Egyptian autonomy.

Nevertheless, the lack of influence over the British government was a deliberate move by Queen Elizabeth II; through inaction she shifted centuries of traditions and expectations. Great Britain was still reeling from the Second World War, and although the Queen's coronation was, at the time, seen as a restoration of the nation's glory, the reality was that Great Britain was no longer the superpower it once was.

The end of the Suez Crisis saw the resignation of British Prime Minister Anthony Eden, which gave Britain’s government a crisis of its own, since the ruling Conservative party had no official system for the election of a new leader. The Queen invited Harold Macmillan to form a new government as prime minister, and then - after he stepped down in 1963 - appointed Alec Douglas-Home to take his place. It would be the last time the Queen directly involved herself in such affairs; a formal election process was put in place within the Conservative party, who were able to organise their first official election in 1965.

Britain's global influence was waning, paving a path for domestic change. And the Queen was determined to follow this path to its end. In an attempt to break the mystique of the monarchy, the Queen allowed the BBC to shoot a documentary titled 'Royal Family'. The director, Richard Cawston, trailed after the Queen for an entire year, and was given free reign to film whatever he pleased. The documentary rocked the public's perception of the monarchy - it showed the Queen, her husband and her children engaging in ordinary activities such as decorating Christmas trees and enjoying a barbeque. While some criticised the documentary for destroying a sacred boundary between the monarchy and the common people, public support for the Queen rose as they came to see her as personable and relatable.

Over time, the monarchy was seen less as a divine and distant power that once ruled a far-reaching empire, and more as a noble family - one that just so happened to represent a now-smaller nation, and did so proudly. As the nation's politics continued to twist and turn in on itself throughout the decades - through domestic clashes and car bombs and social unrest, through the mending and discarding and questioning of alliegances amongst the rest of the international community - Queen Elizabeth II and the Royal Family remained a consistency that allowed many in Britain to maintain their sense of national identity. Even if they were no longer her subjects in the traditional sense, she was still their Queen.

Whether the Prime Minister was Margaret Thatcher or Boris Johnson, whether Britain was aligned with the European Union or had made its dramatic Brexit, this one fact remained true. In recent years, however, as controversy began to unfold within the nobility itself, this position began to seem less and less of a consolation. After Elizabeth's third child, Prince Andrew, was accused in a civil sexual assault case in the US in early 2022, attitudes towards the family shifted. There was always an underlying sentiment that the Royal Family, as an institution, was antiquated, a sentiment that was often fanned during times of controversy (for example, after Prince Harry and Meghan Markle's interview with American talk show host Oprah in 2021, which shook headlines worldwide when the couple made accusations against much of the family). But for many, the case of Prince Andrew - and the notion that the country's taxes were paying for his defence - was a breaking point. One that may yet decide the future of the Royal Family, and their role in the country.

Queen Elizabeth II never visited Egypt in the 96 years in which she was alive. Perhaps it was only fitting that this would be the case. In many ways, the purpose of her rule was to project a certain image to her country and to the world. Queen Elizabeth II dedicated her life to being a symbol of Britain - and there were few symbols that could cleanly sum up the relationship between the United Kingdom and the Arab Republic of Egypt, two nations that changed dramatically from decade to decade.

While the Suez Crisis marked the death of the British empire, it did not mark the end of their ties with Egypt. Despite a break in diplomatic relations between 1956 and 1959 due to the Suez Crisis, and 1965 and 1967 due to the British response to the Unilateral Declaration of Independence of Rhodesia, another former British colony, Egypt continued to receive ambassadors from Britain. British institutions such as the British Council continued to establish themselves within the country, creating opportunities for peaceful cooperation and trust between the two nations. According to the current British ambassador to Cairo, Gareth Bailey, British investments into Egyptian companies and governmental institutions added up to GBP 50 billion in 2021 alone.

Even Prince Charles - the next in line for the throne and the man who would now become King of Britain - and his wife Camilla, the Duchess of Cornwall, visited Egypt in November 2021. But Queen Elizabeth II herself never did, and never will. It would have been too powerful of a statement. People would have asked if she was visiting Egypt as though it were a Commonwealth nation like Canada or Australia, or perhaps like Grenada or Bangladesh or Gambia. They would have wondered if the visit was a reflection of just how far Egypt has grown away from Britain - and whether the particular administration she chose to meet was somehow more valid than the last, or more valid than one that would follow. A visit from Queen Elizabeth II would have forced comparisons that never need to be made - or at least, never need to be made from the perspective of the British government. Does it matter, after all, what a foreign monarchy thinks of Egypt, now that they hold no direct power over it?

All the same, there is something about the charm of Queen Elizabeth II that drew people towards her - an appeal and an admiration that, to many, truly did place her "above politics." Politics demanded opinion and conflict. The Royal Family, as a symbol, was a respite from that - a way to be British without fighting to define what is British. A way to project onto the world an image of the United Kingdom and how they fit in with the rest of the globe. It may have been a blessing that Queen Elizabeth II never visited Egypt - it freed the nation to define itself, to make its own mark on the international stage, and to perhaps even move away from the shadow of British colonialism that continues to hang over it. A gesture made all the more powerful through the quiet inaction and restraint that so thoroughly defined the reign of Queen Elizabeth II.