The Karnak Temple will be flooded with moonlight as the 'blue moon' aligns with the gates to illuminate the temple of Khonsu. 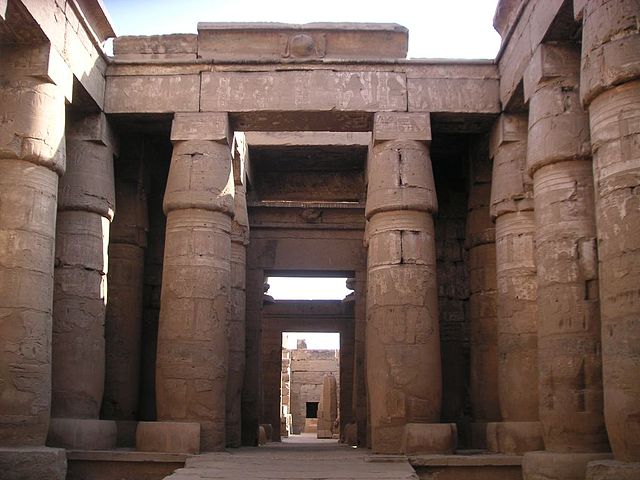 Residents and tourists heading to Luxor are in for a rare sight this weekend, as it is believed that the moon will align with an Upper Egyptian ancient temple on Friday.

Located inside the Karnak region east of Luxor, the temple of Khonsu, known to the ancients as the god of moon, will align with moon displaying an astronomical phenomenon. It is no secret that ancient Egyptians were fascinated bridging on obsessed with space. According to Ayman Abu Zeid, archaeological researcher and head of a local tourist association, this event is but one of the 4,500 astronomical phenomena observed at the time of the Pharaohs.

The historically impressive temple constructed under Ramses III, was designed by ancient architects who planned for the moon's alignment to pass moonlight through the gates of the famous Karnak Temple. This alignment is believed to be witnessed every three years, however Friday 31st July, will mark the second time in a month. The first instance took place on the 2nd of July a phenomenon known as the “blue moon.”