Maha el-Bahnassy, the TV host who justified the sexual harassment cases in Tahrir by saying "They're happy," has been suspended from Tahrir channel. 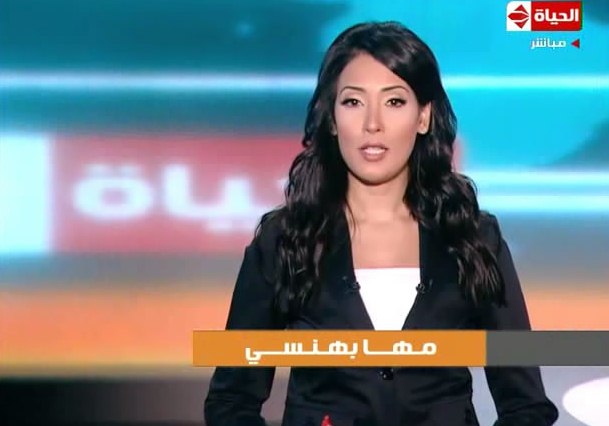 The television presenter who came out with the all too brilliant comment, "They're happy!" in response to being notified that there had been several cases of sexual harassment during the celebrations for Sisi's victory last weekend has been suspended from Tahrir channel.

Maha el-Bahnassy, who has (had?) a permanent spot on the weekend show Sabah el-Tahrir will no longer be presenting after her notorious gaffe which appeared to make light of what has become a very serious phenomenon in the country.

During a report from one of her journalists who was on location, Bahnassy appeared to justify the actions of the harassers by saying "Mabsooteen ba2a!"or "They're happy!", as though this were sufficient reason to excuse their actions.

Her response was met by a severe public backlash. She attempted to meet the backlash by later claiming on her show that her comment did not in fact refer to the sexual harassment cases, and that she has been talking to someone else in the studio about the celebrations in general, but clearly no one bought it.

It was particularly unfortunate in light of the fact that the video of the women who was brutally assaulted and stripped in Tahrir Square during the celebrations surfaced round about the same time.

A source at the channel told Ahram Online that two hosts would be replacing Bahnassy to present the show.