As parliamentary elections kick off, a man on a donkey was banned today from entering his polling station in Giza... 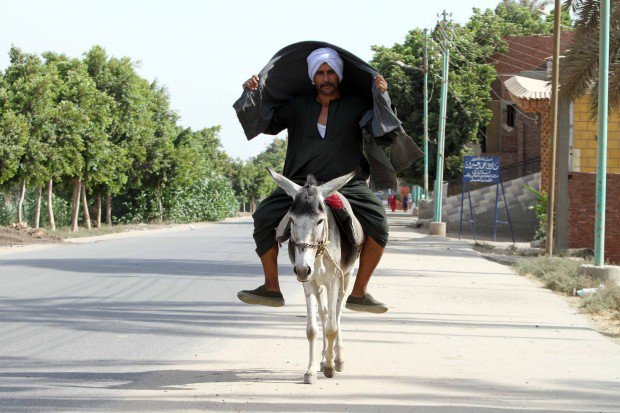 Now on the first day of parliamentary elections, it seems turnout was incredibly low, but of those who did come out to put their votes in was one gentlemen in the Oseem district, north of Giza, who insisted on entering the polling station accompanied by his donkey. The gentleman in question, El-Sayed Mahmoud, made his way to his polling station located at Sayda School on his donkey because apparently, he was arriving from the farm and insisted on taking in inside with him to cast his vote because he feared if he left it outside it might get stolen. Well it’s a dangerous world out there sir.

Forces outside the polling sation however, prevented him from entering unless he left his donkey outside. Interestingly enough, this is not the only incident of its kind – the same situation occurred with two other elderly men, one in Giza and another in Beni Suef.