The Argentinian legend headed to Tunis this week to meet the man who helped secure his team's fate at the 1986 FIFA World Cup. 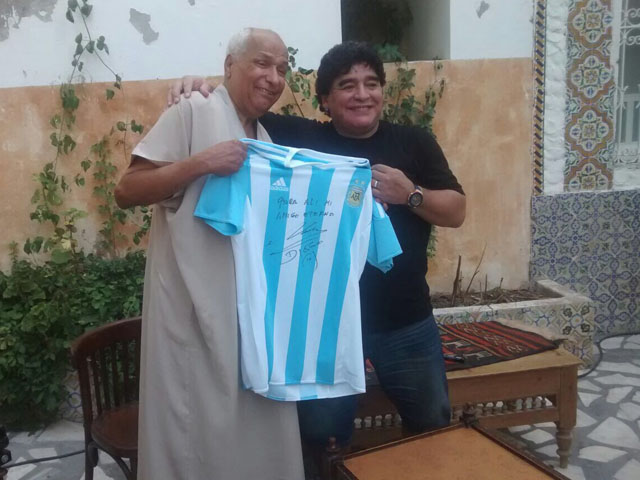 Maradona recently reunited with his saviour. If you’re a football fan then you must remember the infamous “Hand if God” Maradona winning goal that he scored against England, thus eliminating England from from the 1986 World Cup. The game ended 2-1 but had it not been for Maradona’s goal - which Tunisian referee Ali Bennaceur saw as a header but was actually a hand ball - England fans believe they would have gone on to win the trophy.

The pair exchange gifts for the cameras when they met in Tunis on Monday with Bennaceur handing the former Argentina skipper a framed photo of himself, Maradona and Shilton, who captained England, before the match at the Azteca Stadium, in Mexico City.

To this day this controversial goal is probably the most talked about goal in the history of the sport. Watch the goal here.