The Member of Parliament spoke at the 110th edition of the annual convention in Hamburg, Germany. 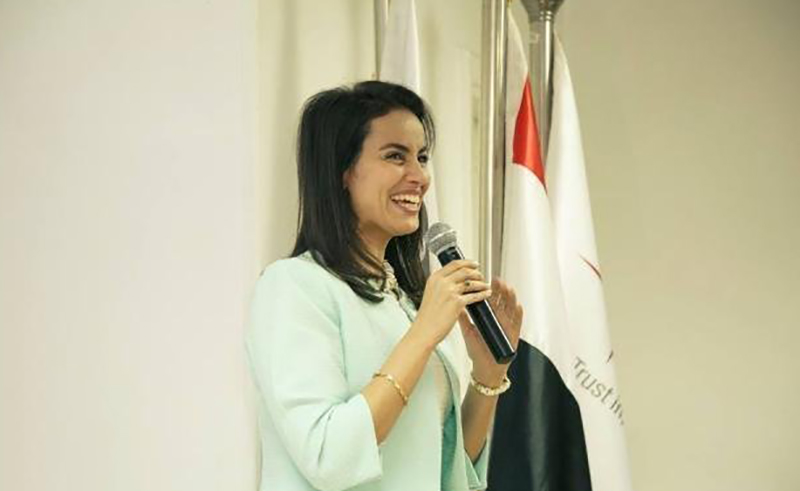 Egyptian MP and Chairwoman of the Youth and Women Committee, Marianne Azer, has become the very first Egyptian to give a speech at the annual Rotary International Convention in Hamburg, Germany, which is now in its 110th edition.

Azer was personally invited by Rotary International President, Barry Rassin, to attend and talk in front of more than 26,000 attendees at the conference. She received positive feedback from the attendees, saying that she bolstered the image of the Egyptian woman and encouraged many to visit Egypt.

The convention, which took place between the 1st and 5th of June, is considered ‘Hamburg’s most multicultural and non-profit gathering’, hosting more than 26,000 attendees representing 3,605 Rotary clubs in 170 countries. The convention featured 35 speeches, 98 breakout sessions and 334 exhibit booths of 200 Rotary humanitarian projects.

In her speech, Azer spoke about the importance of cultural diversity and acceptance of 'the other', while also talking about feminist idol, Ancient Egyptian Queen Nefertari. She also talked about Rotary in Egypt, as well as the innovative Floating Hospital that set sail in March, passing by several Egyptian governorates to provide medical services for thousands.

Egypt is home to a total of twelve Rotary clubs, with Rotary Club of Cairo Cosmopolitan being the first English-speaking club, founded in 1989.