Apparently Maroon 5 couldn't miss the opportunity to see Egypt's antiquities up close before flying back home! 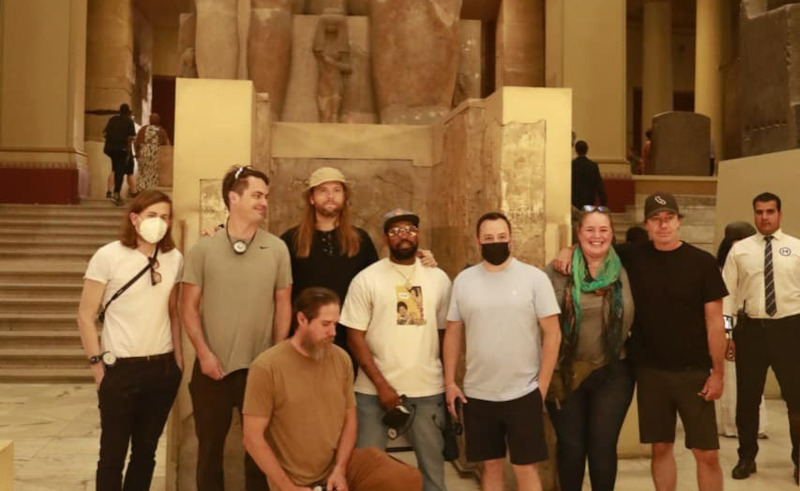 On the sidelines of their enigmatic performance by the Great Pyramids, members of American pop band, Maroon 5 visited the Egyptian Museum in Downtown Cairo's Tahrir. They were accompanied by the Director General of the Egyptian Museum, Sabah Abdel Razek, who gave them a special tour inside the museum's hall. The visit wasn’t part of their original plan, but after arriving at the Pyramids of Giza's Antiquities Area, apparently they couldn’t miss out on the chance to see these artefacts up close before they fly back home.