Masquerade Madness Set to Take Over Gouna this NYE

Breaking Gouna's 3AM closing time rule for one night only, Beltagy and Sawiris are teaming up for one hell of a farewell to 2017. 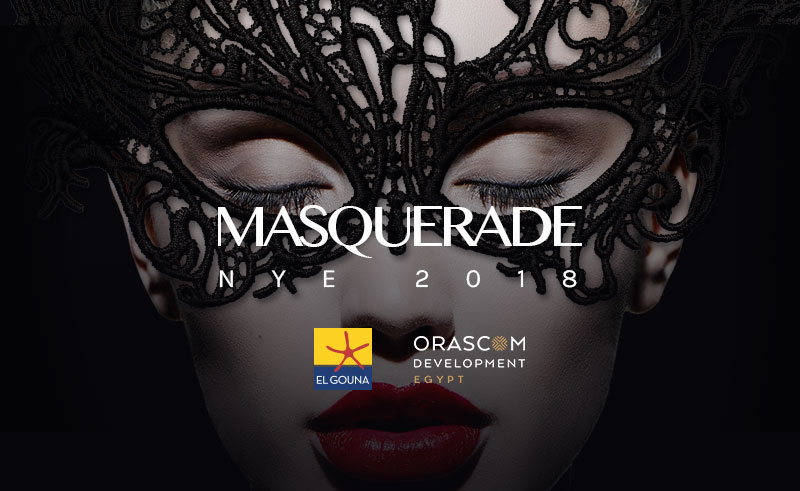 Some New Year’s Eve parties we’ve been to in the past make us want to settle for an intimate evening at home with our cats this time around. But honestly, after a rocky year, we deserve a decent celebration where we let our hair down and dance the night away.

Now, Gouna's always been one of our favourite destinations, and after the massive success of the Gouna Film Festival and all the excuses to party along the way, it only seems right that we bid farewell to 2017 at the beach resort that's helped us make memories all year long. Grab your most mysterious mask and pack your hottest outfit: the Masquerade is back and it's going to be more fabulous than ever.

The dream team of luxury nightlife, Naguib Sawiris and Ahmed Beltagy, are joining forces to make sure we send off this year in style. Expect live performances and a stellar line-up of three DJs, playing back-to-back all the way to 5AM. Yep, that's 5AM, as Gouna breaks its infamous 3AM curfew for one night only. That gives the party pros more time to pack in a surprise superstar guest and a brilliant belly dancer.

Aside from the musical euphoria, you'll be sipping on drinks invented by international bar tenders and mixologists that will have you wondering why you settled for a boring old whisky coke all these years. The best part is, it's an open bar and there's also free bouchon. Stay strong liver, you’re an absolute champ and we know it.

Rumour has it some of the international celebrities that sparkled on the red carpet during Gouna Film Festival will be back for NYE, so make sure your selfie game is strong for this once-in-a-lifetime chance to snapped with the stars. The cherry on top? Ticket holders get access to special hotel rates across Gouna's fabulous hospitality offerings.

Oh and, early bird rates apply until December 1st. If all your friends are in, you may want to book a lounge for 20-25 people and get treated to constant flow of scrumptious eats and two bottles of premium whisky and vodka. High tables are also available for 10 to 15 people.

Here’s to a monster hangover on the 1st of January. On the bright side, though, a hangover never killed anyone...