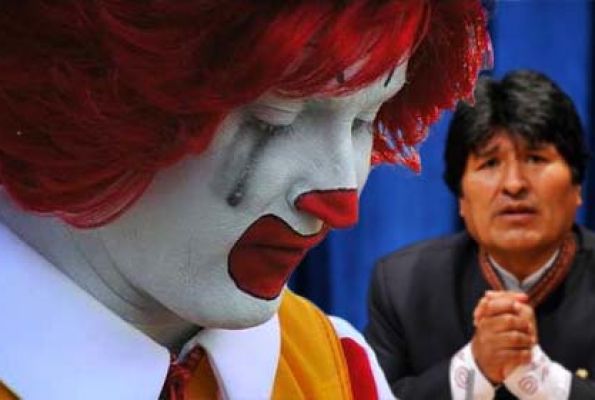 McDonald’s has announced that it will be closing all of its branches in Bolivia. For the last decade, the fast food chain has been suffering serious losses that any small business would not be able to handle, but being the corporation that they are ( and having the ego that they do), the Golden Arches tried to stick it out, and failed. After 14 years of being in the country, they will finally close up shop (literally). This clearly shows the arrogance of the company. With only four years of profits, anyone else would’ve closed after the first two years of losses, but not McDonalds…they kept trying, even introducing the McEmpanada, only to fail. Sixty percent of the Bolivian population said that they feel that the burgers are just not worth the health risks. They feel that they cannot trust food that is prepared so quickly; in fact, most Bolivians reject the whole fast food philosophy all together. We, as Egyptians, don’t trust Bolivians.