Microsoft surprises everybody by purchasing Nokia for 5.4 billion Euros. Will they now have the hardware to compete with Apple and Samsung? 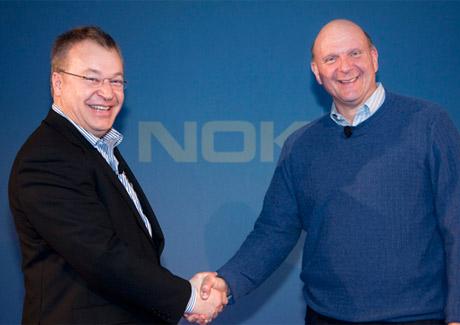 To the surprise of many, Microsoft has announced that it will buy Nokia's handset business for 5.4 billion Euros. This deal marks the surrender of Nokia to its rivals, Apple and Samsung. The move will reshape Microsoft, and will finally give them the hardware they need to operate their Windows 8 software platform.

It is a very risky move as Microsoft has yet to prove itself on the mobile market space. Microsoft CEO Steve Ballmer is optimistic, stating “Today marks a moment of reinvention. With the commitment and resources of Microsoft to take Nokia’s devices forward, we can now realize the full potential of the Windows ecosystem, providing the most compelling experiences for people at home, at work and everywhere in between.”

Mr. Ballmer recently announced that he will be retiring within the year, which has set speculations ablaze of the possibility of Nokia's CEO, Mr. Elop, to take over in his stead.

While the deal will have Microsoft taking over the handset business, it will leave Nokia as a telecom equipment maker and put it in direct competition with Ericsson, Siemens, Huawei, and Alcatel-Lucent. As it stands, Windows-based phones (which are mostly Nokia) have a mere 3.3 percent of the Global market share. Owning Nokia's handset technology just means that Microsoft will have full control of both its software and its hardware.