Mind-Blowing Shot of Cairo From Space

We can see our house from here! 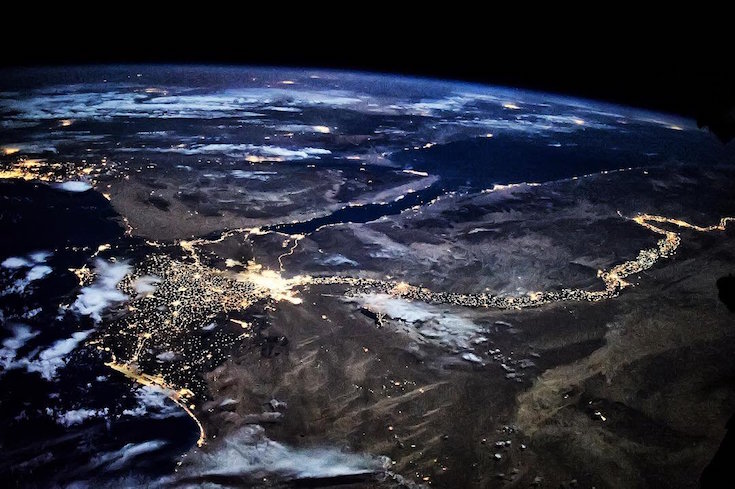 We just stumbled across this epic shot from Russian Cosmonaut Sergei Ryazansky’s Instagram and we just had to share it.
Taken from one of Ryazansky’s recent spacewalks outside the International Space Station, the picture captures the view of Cairo, the Nile and its Delta that the cosmonaut had while performing routine maintenance on the station.


The International Space Station moves at about 8 km a second at an altitude of 400km, making Ryazanky’s photo even more impressive. Even just thinking about those kind of numbers makes us want to throw up and die.
Check out more pictures FROM SPAAACE on Sergey Ryazanky's Instagram.