"I truly believe it’s time to show women that they should appreciate, accept and love their bodies the way they are," says Farah Sedky, reigning Miss Egypt 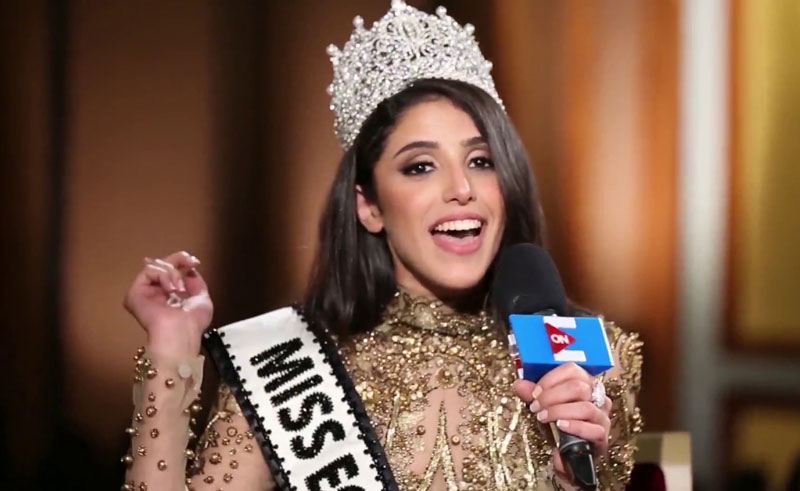 Depressing as it is to admit, there will always be Queen Bees, you know, the Regina Georges of of the world. They’re the kind of girls you wouldn’t want to be stuck with in high school again – not for a million dollars and an extra decade of life.

Societies all over the world work in a way that too often determines a woman’s worth by ‘how slim’ she is. This of course is bullshit. But this bullshit was staring Farah Sedky, reigning Miss Egypt, right in the eye.

Sedky, who competed on a world stage at Miss Universe pageant last night in Las Vegas, was mercilessly bullied by her classmates in school for being overweight – she was considered ‘morbidly obese’ during her teenage years, weighing about 100KG. “Growing up in an all-girls school wasn’t the easiest. I was brutally bullied and to the point that I was once beaten by one of my peers,” Sedky, tells People Magazine. “To this day, I still remember her looking down at me on the ground and saying, ‘I’d love to wake up tomorrow and not see you at school, no one will miss you if you’re gone forever'," she adds.

It still takes mettle to call it out for what it is – but also a lot of determination to shed all this weight off. By the age of 15, her doctor informed her family she would be diabetic in the next six months if she did not start losing weight. “This was the first time that I saw my father cry, which motivated me to lose the weight and begin to maintain a healthy lifestyle,” Sedky says to People Magazine. Sedky, who’s now 23, slimmed down by eating healthier; she cut her portion sizes, limited her carb intake to 7 PM and got off the couch and stuck to regimen of gym workouts, dropping almost 40 KGs. She also started adding lots of lemon to her meals – “I love yogurt with half a lemon and cinnamon," she says.

Diet tip from Miss Egypt: Lemon is a natural powerhouse of nutrients. Drinking a glass of hot water and lemon in the morning will burn fat and help your digestive system do the job it's meant to do AND burns fat.

Sedky lost weight for health and medical reasons, and even after earning the title 'Beauty Queen,' she still doesn't believe that your waist circumference defines who you are. For Sedky it isn't just about the crown, it's about becoming a role model for young women who have ever questioned their self-worth. “I truly believe it’s time to show women that they should appreciate, accept, and love their bodies the way they are. I’ve learned how to love myself, which isn’t easy. Challenges come, go, and pass. They're key is to learning to love and accept yourself,” she tells People Magazine.