More than Entrepreneurs: The Rise of the ‘Gig Economy’

In the fourth of our series revealing the talents giving the #RiseUp15 summit a quantum leap this year, branding expert Michael Megalli explains the phenomenon sweeping across the global economy, why it goes beyond the word 'startup', and how it is redefining the current system. 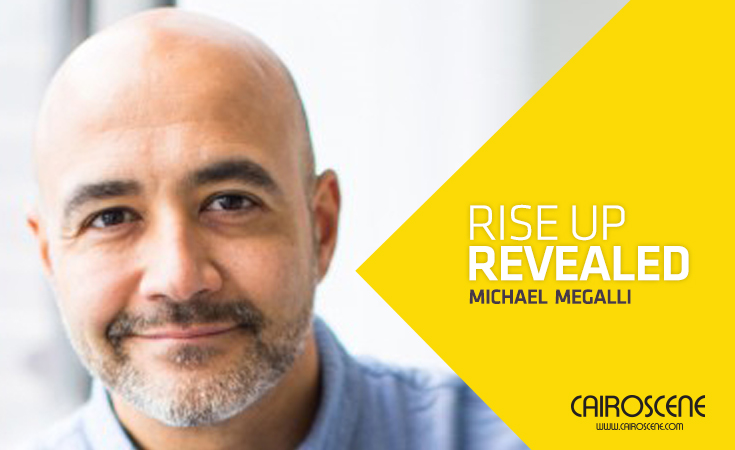 When a branding expert tells you we are using the wrong words, you listen carefully. The conundrum appears when there is no other word to replace a ubiquitous, ever growing, and increasingly standardised concept such as that of startup. That’s why Michael Megalli, former brand strategist at Microsoft, says we need a new language for this rapidly changing landscape.

“We don’t have the language to describe the reality of work today, the terms we are using only describe what already happened,” he says. His company, Indie.biz, helps people successfully realise independence in its multiple forms, reflecting a global panorama that, according to the expert, no word successfully describes. “The word startup itself has taken on a very specific meaning: a venture-backed tech company, created by young people. When you say startup, that’s the specific idea people have, because we love this image of Mark Zuckerberg becoming a millionaire.”

The reality of work, however – and that of the global economy overall — is radically different. “The story that is less exciting but more important is the reality of what is happening: we went from the stage of disrupting industries such as media, and more into the disruption of work, or even the whole capitalist system,” he says.

Megalli is referring to the maker movement, the small-scale manufacturing that is allowing all kinds of independent businesses to be born, tapping into online platforms like Etsy. “Most of them are artists, with no business background, but there is a system in place that allows them to set this up,” Megalli explains.

They call it the “gig economy,” or the consumerisation of enterprise, a phenomenon that is witnessing more and more workers going independent and finding outlets to trade individual goods and services online. In Egypt, the rise of online platforms such as Tombokka and ArtSmart is harnessing the talent and skill of Egyptian artists to sell their products online; while Slickr gives independent designers and jewellery makers a platform to commercialise.

This revolutionary shift is related to the sharing economy; a linkage overly proven by the fact that the world’s most successful startups are collaborative platforms, based on user-to-user transactions. Take travel, you have Airbnb. Transportation? Uber. Shopping? Ebay; and the list goes on.

“The reality is that corporations don’t have enough jobs, and people don’t like working for them,” says Megalli, explaining the rise of independent work. And while this entrepreneurial economy is exciting, he finds it somewhat distressing as well. “People are putting together short term projects to create their careers; but the requirement is that you constantly find the next project in order to continue. We have the fixation on what is happening next,” he says.

“What is distressing is that if you make it too easy, or too structured, it brings a short term benefit compared to creating independence from that system. The big conversation around Uber now, for example, is whether their workers should form unions,” he explains.

According to Megalli, entrepreneurs are particularly apt at weathering the storms to come in this shifting reality. Their model, however, is a very limited one. “Startups, both in the Greek Campus and Silicon Valley, seem to be focused on investors. The focus is: investor first; customer second. But the main question to ask in order to understand where you fall is what your objective is,” he says, noting that specialising in agriculture or recycling e-waste may require a completely different mode. “If your scope is to create the next Facebook, the path to get there is very specific. But some people have different objectives, and we don’t really have the terms because reality is much messier than the categories we try to put everything into.”

Having left Microsoft, where he acted as a Brand Strategist, last March, Megalli launched indie.biz aiming for it to be an information platform for independents, covering topics from branding, to people management, to retailing.

“All that information on the site is for free. The idea is that anyone can create business very quickly, but you don´t want to teach people to be helpless; you want them to understand the fundamentals of business, and get the basics, marketing and branding being a very important part of it.” And branding, which he terms “the alchemy of business”, seems to be an area many startups don´t get around to.

“Branding is an area of mystery; the main issue is how to create an idea that they can own, that creates something new,” he says. An example in Egypt he finds particularly powerful is Zooba, a brand which has not just taken European concepts to apply them locally. “It has its own vernacular; Egypt is a brand that is also an idea for people, and there is a lot of energy in an idea, which means a lot of potential for startups to tie themselves into that,” he thinks.

“We like to think that we are rational, but we operate less as rational actors than as emotional actors most of the time,” he specifies. “We know the feeling of having emotional attachment to a brand. We have brands we love and brands we hate. A brand is about the founders, the people creating the business and their motivations. People tend to connect with people who are similar to them and, to me, that's branding,” he concludes.