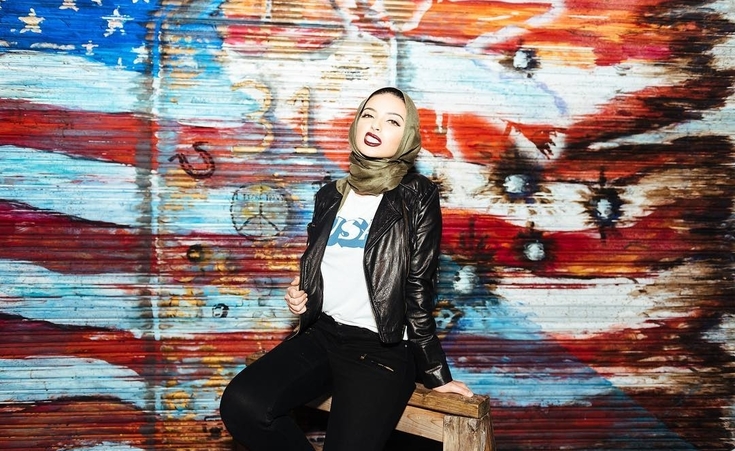 Libyan-American journalist Noor Tagouri has become the first hijabi to pose for Playboy, and the second Muslim woman to appear in the magazine after Turkish-German actress Sila Shahin, according to the Inquirer.

The 22-year-old video reporter hopes to become the US' next veiled news anchor, telling the magazine she wished to "effect change" by showing all girls that "they can do anything they want without having to sacrifice who they are as a person." Tagouri also weighed in on the social barriers Muslim Americans experience in the US. “I know what it’s like to have the narrative of our community be skewed and exploited in the media. I was like, ‘Hey, I know what it’s like to be misrepresented in the media. I won’t do that to you. I want to tell your story because it’s important and deserves justice'," she told the publication.

Tagouri took to Twitter to share the news with her followers, saying she felt "honoured" to have been featured in the magazine among its other picks for 2016 Renegades. Her announcement wasn't received well by many in the Muslim American community who believe her association with the magazine is inappropriate and unbecoming of a Muslim woman.