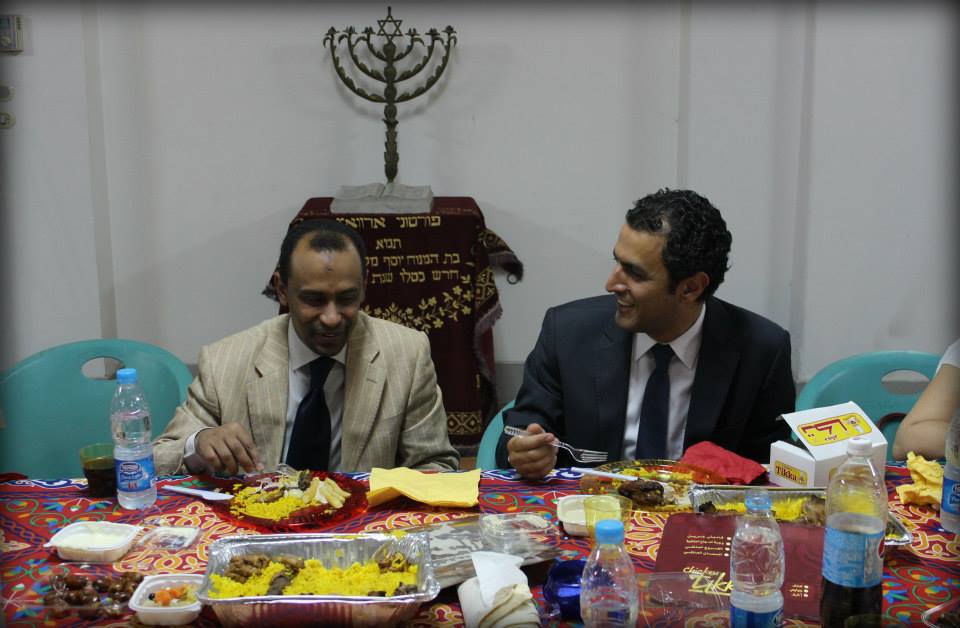 In the spirit of Ramadan comes a truly feel-good story out of Downtown Cairo. Despite the ongoing feud in Palestine, Egyptian Muslims and Jews put their differences aside and came together for a special iftar held in Cairo’s Sha'ar Hashamayim Synagogue, commonly known as the Adly Street Synagogue. The touching display of Egyptian unity went down last night and included several key members of the Jewish minority which still remains here, as well as members of the Al Azhar clergy and the press.

Speaking on the longstanding misunderstandings between Muslims and Jews in Egypt, the elected head of the Jewish community in Egypt said: “"Someone once asked me if I liked [famous Egyptian actress] Laila Mourad. I said, ’Yes, of course. Did you know she’s Jewish?’ They responded with ‘Well, now I hate her,’ which is exactly the kind of behavior we’re hoping to change. We live in this country, we’ve helped build it, and we’ve contributed to the arts and the economy and much more.”

Meanwhile, Sheikh Mohamed Abdalla Nasr of Al Azhar praised the initiative, and urged Egyptians to separate what it means to be a Jew from what it means to be a Zionist saying that “in this sensitive time, it’s important to recognise the difference between someone’s race and religion to their political views and actions.”