The centre will act as a "beacon in the heart of Cairo" to both locals and tourists alike. 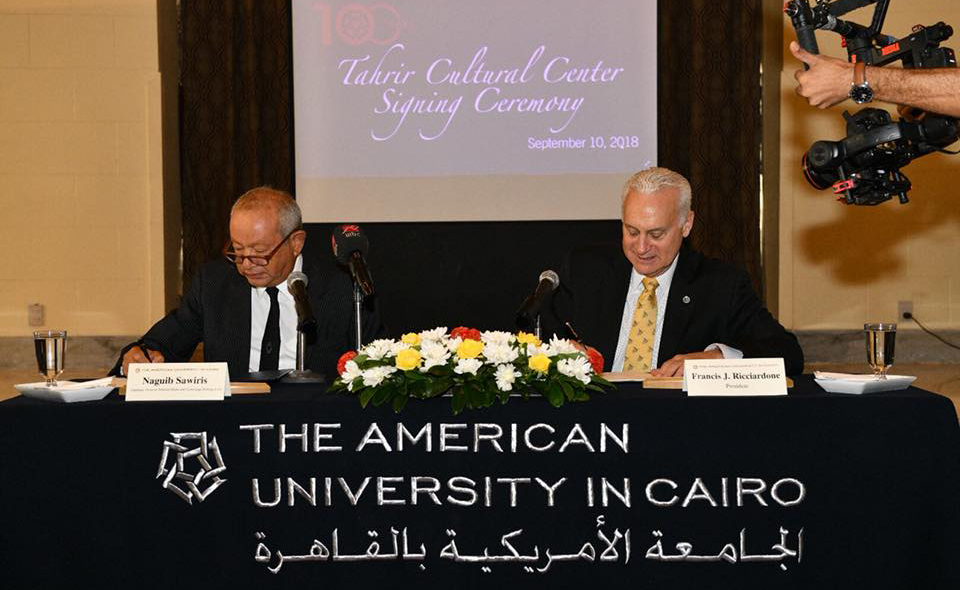 The American University of Cairo will be opening the Tahrir Culture Centre in its Tahrir campus for February 2019, entirely funded by Egyptian business tycoon Naguib Sawiris.

The cultural centre will be holding a range of events, such as dance and musical performances, art galleries, talks and conferences, book clubs, plays, and film screenings. The Tahrir Culture Centre comes in light of AUC’s impending 100th year anniversary next year.

Very happy and proud to support the culture scene in Cairo with AUC and the new Tahrir Cultural Center. https://t.co/G0yeDT39YI

“[The Tahrir Culture Centre will] act as a beacon in the heart of Cairo to spread culture to Egyptians and visitors of the country,” Tahrir Cultural Centre’s impending president Ali Murad said in a statement.

Sawiris plans to not only fund the creation of this cultural centre, but also renovate the buildings in which they will be held. In the 2018 Fall Graduation Commencement, Sawiris was a guest of honour, and gave a speech commending AUC's new (at the time) President Francis Ricciardone, as well as the university's history, and announced plans to invest in this project. They had been family friends for over a decade, Ricciardone mentioned in his introduction of the Egyptian business mogul.

Sawiris' investment comes at a time where many heads turn to Downtown Cairo for investments in arts and culture, and tourism.

Many of the bureaucratic institutions that occupied the district are in the process of being moved to the New Administrative Capital and Digitized, leaving the floor for this kind of investment.

Main image from the American University of Cairo.